A New Heavens and a New Earth 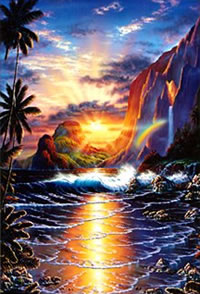 I'm listening (for free!) to Wayne Grudem's Systematic Theology on itunes. Topic: A New Heavens and a New Earth. I'm especially interested in Grudem's biblical understanding of the afterlife in contradistinction from the Platonist idea that Jesus is coming back to take us away from earth.
So, when Christ returns he's not coming to take us off this planet and to some other-worldly Platonic heaven, but he comes to restore this earth. (Acts 3:21) The restoration includes our physical bodies being resurrected.