The Power of Music (& Why the Taliban Wants to Banish It) 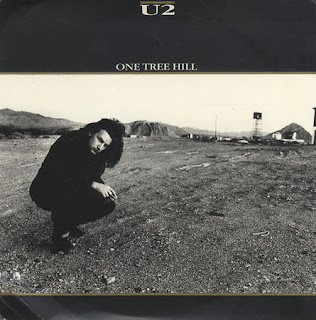 I've been slow-reading Jeremy Begbie's Resounding Truth: Christian Wisdom in the World of Music. It's time to make a post. Begbie is Research Professor of Theology at Duke Divinity School.

In his intro to the book Begbie writes of the power of music. I'm now thinking of when I was a campus pastor at Michigan State University and the massive offensive lineman Tony Mandarich was there. Mandarich used to listen to Guns 'N Roses music before he ran onto the field to play the game. That music empowered him. I was listening to Tracy Chapman's incredible "Revolution" song recently and felt like running out into the streets to change the world. This summer when I was sitting for hours on the shores of Lake Michigan I was listening to Bruce Cockburn, and his passionate lyrics and melodies were interpreting nature and life for me. As a musician myself I have no doubt that music has "power."

Begbie writes that "few doubt that music can call forth the deepest things of the human spirit and affect behavior at the most profound levels. Anyone who has parented a teenager will not need to be told this - study after stufy has shown that music often plays a pivotal part in the formation of young people's identity, self-image, and patterns of behavior." (15-16)

I wrote a song that was sung at my wedding. But I had it recorded, because I would not have been able to sing it to Linda on that day without totally losing it.

Music relieves factory workers of boredom and fatigue, "warriors forget their fear and rush into battle, and the mentally ill are helped to health." (16)

I've listened a lot to the music of Arvo Part. It haunts me, it makes me want to cry. It's on my mp3 player, ready to play when I need a metaphysical readjusting.

Begbie writes: "Polish sacred music played a key role in the solidarities that eventually overturned communism. It is small wonder that some totalitarian regimes have been extremely nervous about music (the Taliban administration in Afghanistan sought to ban virtually all music because of its perceived social dangers) and that others have unashamedly harnessed it precisely because of its influence (the Nazis, for example). Any Christian who cares about the good of human society ought to be concerned with what kind of power music might possess and how such power might be used responsibly." (16)

After my son David died listening to U2's "One Tree Hill" was part of my healing. For the philosopher Ludwig Wittgenstein "the slow movement from Brahms' third Quartet pulled him back from the brink of suicide." (16) Sting has said, Music "saved my life. It saved my sanity." (16)

"Music and the metaphysical, in the root sense of that term, music and religious feeling, have been virtually inseparable. It is in and through music that we are most immediately in the presence of the logically, of the verbally inexpressible but wholly palpable energy in being that communicates to our senses and to our reflection what little we can grasp of the naked wonder of life... It has long been, it continues to be, the unwritten theology of those who lack or reject any formal creed." (In Begbie, 16-17)

Begbie cites, for example, "the fierce crucifixion symphonies of James MacMillan." (17) OMG...  my soul bleeds out, as I listen to MacMillan's "Christus Vincet"...  or his "Eli, Eli, Lama Sabachtani?" (Both songs are on his "7 Last Words From the Cross.") Begbie gives us six pages on MacMillan. (176-182)

It's hard for me to listen to some of the songs on Glen Hansard's "Once" soundtrack since I was playing it a lot at the time our dog So-Fee had to be put down.

And then there's the thing about worship. Over the past 40 years as a Jesus-follower there have been a small number of worship songs (among bazillions of them) that have simultaneously broken and elevated my heart before God. When it happens, when it hits, it's non-discursive experience time. Such music is, for me, anointed by the Spirit of God, and speaks to me in ways that sermons and books cannot. Sometimes it heals. Sometimes in and through and by it I see sub specie aeternitatis.

Bono & U2 write "One Tree Hill" in honor of their friend Greg Carroll who died in a motorcycle accident. In the recording studio Bono felt he could only do one take of the song. It was too emotional, too power-filled, for him to do it again. 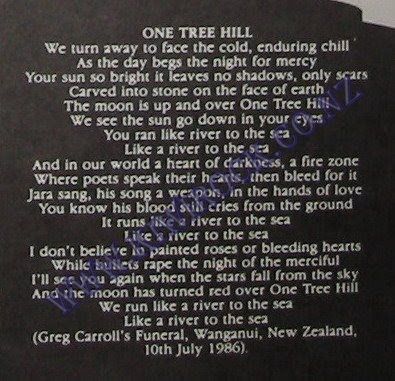