Many of Today's Scientific Beliefs are Wrong 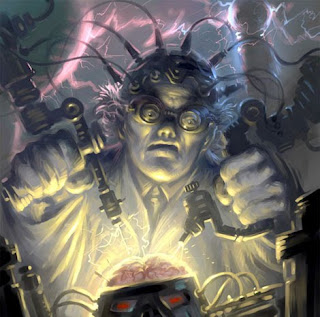 A very long time ago, when I was an undergraduate philosophy student, one of my philosophy professors said something that has never left me. He said: "The history of science is the history of error." Surely there is truth in that statement. A lot of the biology of two hundred years ago is now considered false. Will people not say the same two hundred years from now? Can anyone believe that the science texts of today will be used in the distant future? Of course not.

Which means we now have scientific statements/claims that are considered true which are not, in fact, true. Should that certainty bother anybody? Perhaps those who place their faith in science should tremble.

Anthony Gottlieb, in The Economist, thinks so. He asks: "If science is careful scepticism writ large, shouldn’t a scientific cast of mind require one to be sceptical of science itself?"

Watch this: "At the end of her book “Science: A Four Thousand Year History” (2009), Patricia Fara of Cambridge University wrote that “there can be no cast-iron guarantee that the cutting-edge science of today will not represent the discredited alchemy of tomorrow”. This is surely an understatement. If the past is any guide—and what else could be?—plenty of today’s science will be discredited in future. There is no reason to think that today’s practitioners are uniquely immune to the misconceptions, hasty generalisations, fads and hubris that marked most of their predecessors. Although the best ideas of Copernicus, Galileo, Newton, Boyle, Darwin, Einstein and others have stood the test of time and taken their place in the permanent corpus of knowledge, error remains inherent in the enterprise of science. This is because interesting theories always go beyond the data that they seek to explain, and because science is made by people. Examples from recent decades of scientific consensus that turned out to be wrong range from the local to the largest possible scale: acid rain was not destroying forests in Germany in the 1980s, as it was said to have been, and the expansion of the universe has not been slowing down, as cosmologists used to think it was."

What about those infamous "peer-reviewed" scientific articles? Gottlieb writes:

"Most laymen probably assume that the 350-year-old institution of “peer review”, which acts as a gatekeeper to publication in scientific journals, involves some attempt to check the articles that see the light of day. In fact they are rarely checked for accuracy, and, as a study for the Fraser Institute, a Canadian think-tank, reported last year, “the data and computational methods are so seldom disclosed that post-publication verification is equally rare.” Journals will usually consider only articles that present positive and striking results, and scientists need constantly to publish in order to keep their careers alive. So it is that, like the late comedian Danny Kaye, professional scientists sometimes get their exercise by jumping to conclusions. Historians of science call this bias the “file-drawer problem”: if a set of experiments produces a result contrary to what the team needs to find, it ends up filed away, and the world never finds out about it.


In a recent book, “Wrong: Why Experts Keep Failing Us—And How to Know When Not to Trust Them”, David Freedman, an American business and science journalist, does a sobering job of reviewing dozens of studies of ignorance, bias, error and outright fraud in recent academic science. He notes that discredited research is regularly cited in support of other research, even after it has been discredited."

Gottlieb concludes: "It’s a fair bet that many of today’s scientific beliefs are wrong, but only your grandchildren will know which ones, and in the meantime, science is the only game in town." It's the only game in town when it comes to understanding nature, but there are some other games to play (history, ethics, religion, et. al.). And, contrary to Steven Hawking's claim at the beginning of The Grand Design, philosophy is alive and well, too.
Posted by John Piippo at 10:45 PM