The Only Legacy Worth Leaving 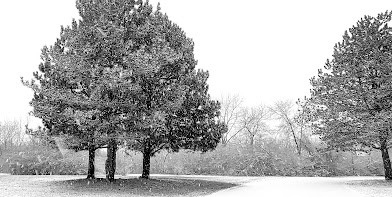 "I'm an atheist. But I want to leave a legacy. I want my life to leave an impression, an impact, on others after I die."

That's what one of my young philosophy students told me after class.

I won't either. On neither theism nor atheism will personal legacies be made.


When you die the world will not stand up and take notice. The event of your expiration will be unattended, except for a few people who will be the equivalent of, perhaps, a hundred grains of sand on the entire Pacific coast shoreline. Out of those hundred grains of sand, most will quickly leave your memory behind as they discuss the fried chicken and potato salad at your funeral luncheon.


What about your family? If you were married and your marriage was a good one, your surviving spouse will grieve your loss. The better your marriage was, the easier they will move on without you.
If your marriage was lousy, they will lie awake at night filled with the bitterness of unfinished business, words of love never said, pain inflicted and suffered and unhealed. At times they may wish they could forget you, but they cannot, and the thought occasionally comes to them that they wasted years being married to you.

The same for the children. Before he died, my father told me he loved me, and he blessed me with these words, "John, you've done well." My father's blessing helped me go on without him. I think of him, and my mother, occasionally and unpredictably, and feel thankful for the life and care they gave me. But I have moved on without them, which is what every good parent wants for their children.

"But what if I become Michael Jackson? Then, surely, I will be remembered?"

Well... you won't become Michael Jackson. But if you should achieve such fame, you won't be remembered personally. Your music will be revived, and a small group of people will pay to see your your memorabilia. But people will not remember you precisely because they did not know you. And, in this case, you may not have even known you. In your death, you can rest assured that, even if your post-mortem star briefly shines bright, it's glory will fade. When is the last time you thought about Michael Jackson the person? Who he was? What he thought? You have other things to think about, right?

There is one difference between theism and atheism worth noting. I explained it to my student in this way.

Several years ago I was the speaker at a conference for military chaplains. It was held at a retreat center on the Atlantic shoreline. It was winter, and during a long break I walked north on the beach for a mile. I don't often get to see the ocean, and it was my delight to take this walk. It was bitter cold. There was a strong wind blowing, and the waves were surfable.

No one else walked the beach that day, so when I turned back to the south I saw that the footprints I had made were fast-disappearing, and finally gone. "That," I thought, "is how my life shall be."

So much for any personal legacy. But for the theist, the point of my life was never to be the point of life. If, through my life, the footprints of God imprint others, then I could not be more pleased.

I'm certain every atheist is not obsessed with leaving their mark on the world. But, sans God, that's all they have. And that will be microscopic, and come to nothing (cf. the final heat death of the universe, if there is no God who intervenes.).

I like what Thomas Merton wrote, in closing his autobiography The Seven-Storey Mountain. He writes:

"And when you have been praised a little and loved a little, I will take away all your gifts and all your love and all your praise and you will be utterly forgotten and abandoned and you will be nothing, a dead thing, a rejection. And in that day you shall begin to possess the solitude you have so long desired. And your solitude will bear immense fruit in the souls of men you will never see on earth."

That is something my soul can rest in.
Posted by John Piippo at 6:25 PM