Plantinga & Draper on Noetic Structures & the Reliability of Belief-Forming Mechanisms 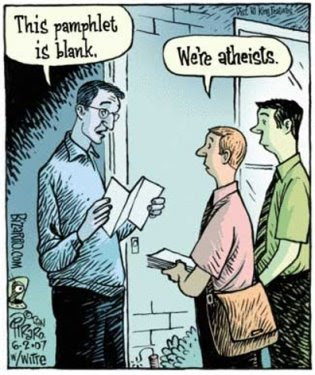 In my Philosophy of Religion class I'm wrapping up Alvin Plantinga's "Religious Belief Without Evidence," in Pojman's Philosophy of Religion: An Anthology. Plantinga's essay is followed by atheist Michael Martin's "A Critique of Plantinga's Religious Epistemology." Here Martin gives the rather famous "Great Pumpkin objection' in the form of the "voodoo objection."
A little over a year ago I wrote Dr. Plantinga some questions from Martin's essay, to which he kindly responded. I read Plantinga's letter to me to my class this morning.
After the class one student told me she read Paul Draper's essay in Pojman: "Evolution and the Problem of Evil." She asked how Plantinga might respond to that. I told her about the recent infidels.org debate/dialogue between Draper and Plantinga found here.
Here's one of Plantinga's points to Draper, the point which I have been explaining in my class.
"Isn't there a problem, here, for the naturalist? At any rate for the naturalist who thinks that we and our cognitive capacities have arrived upon the scene after some billions of years of evolution (by way of natural selection and other blind processes working on some such source of genetic variation as random genetic mutation)? The problem begins in the recognition, from this point of view, that the ultimate purpose or function of our cognitive faculties, if they have one, is not to produce true beliefs, but to promote reproductive fitness.[3] What our minds are for (if anything) is not the production of true beliefs, but the production of adaptive behavior. That our species has survived and evolved at most guarantees that our behavior is adaptive; it does not guarantee or even suggest that our belief-producing processes are reliable, or that our beliefs are for the most part true. That is because our behavior could be adaptive, but our beliefs mainly false."
"Darwin himself apparently worried about this question: "With me," says Darwin,
the horrid doubt always arises whether the convictions of man's mind, which has been developed from the mind of the lower animals, are of any value or at all trustworthy. Would any one trust in the convictions of a monkey's mind, if there are any convictions in such a mind?[4]"
AND... here's from Plantinga's review of Dawkins's God Delusion. Plantinga discusses theistic and atheistic noetic structures on the reliability of human cognitive faculties.
"Toward the end of the book, Dawkins endorses a certain limited skepticism. Since we have been cobbled together by (unguided) evolution, it is unlikely, he thinks, that our view of the world is overall accurate; natural selection is interested in adaptive behavior, not in true belief. But Dawkins fails to plumb the real depths of the skeptical implications of the view that we have come to be by way of unguided evolution. We can see this as follows. Like most naturalists, Dawkins is a materialist about human beings: human persons are material objects; they are not immaterial selves or souls or substances joined to a body, and they don't contain any immaterial substance as a part. From this point of view, our beliefs would be dependent on neurophysiology, and (no doubt) a belief would just be a neurological structure of some complex kind. Now the neurophysiology on which our beliefs depend will doubtless be adaptive; but why think for a moment that the beliefs dependent on or caused by that neurophysiology will be mostly true? Why think our cognitive faculties are reliable?From a theistic point of view, we'd expect that our cognitive faculties would be (for the most part, and given certain qualifications and caveats) reliable. God has created us in his image, and an important part of our image bearing is our resembling him in being able to form true beliefs and achieve knowledge. But from a naturalist point of view the thought that our cognitive faculties are reliable (produce a preponderance of true beliefs) would be at best a na�ve hope. The naturalist can be reasonably sure that the neurophysiology underlying belief formation is adaptive, but nothing follows about the truth of the beliefs depending on that neurophysiology. In fact he'd have to hold that it is unlikely, given unguided evolution, that our cognitive faculties are reliable. It's as likely, given unguided evolution, that we live in a sort of dream world as that we actually know something about ourselves and our world.If this is so, the naturalist has a defeater for the natural assumption that his cognitive faculties are reliable—a reason for rejecting that belief, for no longer holding it. (Example of a defeater: suppose someone once told me that you were born in Michigan and I believed her; but now I ask you, and you tell me you were born in Brazil. That gives me a defeater for my belief that you were born in Michigan.) And if he has a defeater for that belief, he also has a defeater for any belief that is a product of his cognitive faculties. But of course that would be all of his beliefs—including naturalism itself. So the naturalist has a defeater for naturalism; natural- ism, therefore, is self-defeating and cannot be rationally believed.The real problem here, obviously, is Dawkins' naturalism, his belief that there is no such person as God or anyone like God. That is because naturalism implies that evolution is unguided. So a broader conclusion is that one can't rationally accept both naturalism and evolution; naturalism, therefore, is in conflict with a premier doctrine of contemporary science. People like Dawkins hold that there is a conflict between science and religion because they think there is a conflict between evolution and theism; the truth of the matter, however, is that the conflict is between science and naturalism, not between science and belief in God.
Posted by John Piippo at 10:07 AM