False Teachings of the (Declining) Church of Oprah 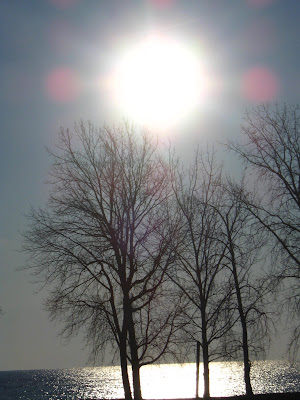 Oprah Winfrey is a false prophet who has referred to herself as a “Christian” but who embraces a mix of mystical teachings that are unrelated and antithetical to actual Chrsitianity. This is seen in her love affair with the ideas of a man who calls himself “Eckhart Tolle.”
Tolle wrote a book that became a big seller called “A New Earth.” Last year I read this scandalous and sophomoric book because, apparently, many were buying it. Were people actually reading it? That I don’t know, since I have learned that people don’t necessarily read the books they purchase. For example, when Allan Bloom’s The Closing of the American Mind was big seller it was called “the book everyone has bought but no one has read.” I actually read Bloom’s book over a series of days – it’s a very good, very deep and insightful read. As for Tolle’s book, I read it one night – it’s shallow reading. And, as I said, it’s scandalous, spiritually speaking. Tolle’s citations of Jesus are, honestly, laughable. Yet I wasn’t laughing at the thought that some would read his book and think he was on to something.

I am suspicious of anyone who changes his first name from “Ulrich” to “Eckhart” and then writes about being truthful and authentic. This is because, in my doctoral studies, I did an independent study with medieval scholar Richard Kieckhefer (Northwestern U.) on the German Christian mystic Meister Eckhart. Meister Eckhart is, historically and even spiritually, interesting. But he’s questionable when his idea of mystical experience approaches what sounds like the possibility of a metaphysical union with God.

Does “Eckhart” Tolle understand Meister Eckhart? I can’t tell. But he’s definitely on the metaphysical union side of things, except it’s far from clear that the m-union has anything to do with God. It’s more like the old “surprise – you can be one with the Universe” kind of thing. At any rate “Eckhart” Tolle is a universe away from Christianity.

When Oprah promoted Tolle’s book I thought, “She’s even more dangerous and off-base then I thought she was!” Now, in a new book called “Oprah, Miracles, and the New Earth: A Critique,” Chicago theologian Erwin Lutzer takes on the “Church of Oprah.” Lutzer says: “If you understand Christianity, you understand that the kind of new spirituality that is being propagated by Oprah is incompatible. It’s a form of occultism that is being packaged for American audiences.”
A recent Chicago Tribune article on Lutzer’s book states: “Since March 2008, more than 2 million people from 139 countries have tuned into Winfrey’s new spirituality “webinars” such as “A Course in Miracles” and “A New Earth.” Students learn about the transformation of consciousness, a spiritual awakening that requires transcending our egos—a prerequisite for personal happiness and world peace. Lutzer said many who are taking these courses are searching for something that will bring them closer to God. But Oprah, who describes herself as a “freethinking” Christian, is not leading them into a deeper walk with God, he said. She is leading them astray.”
I agree. Oprah is a false prophet.
And, according to others, the Church of Oprah is now in decline.
Posted by John Piippo at 6:50 PM