Another Note on the Utopian Myth of "Progressivism" and "Progressive Christianity" 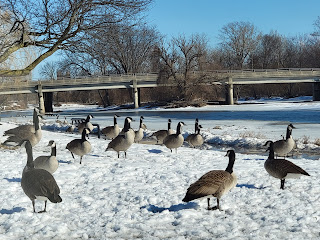 (The River Raisin, in Monroe)

"A message repeated throughout [philosopher John] Gray’s work is that, despite the irrefutable material gains, this notion is misguided: scientific knowledge and the technologies at our disposal increase over time, but there’s no reason to think that morality or culture will also progress, nor – if it does progress for a period – that this progress is irreversible. To think otherwise is to misunderstand the flawed nature of our equally creative and destructive species and the cyclical nature of history. Those I spoke to in Basra needed no convincing that the advance of rational enlightened thought was reversible, as the Shia militias roamed the streets enforcing their interpretation of medieval law, harassing women, attacking students and assassinating political opponents."

Gray, BTW, is one of my favorite atheistic philosophers. I've read several of his books.