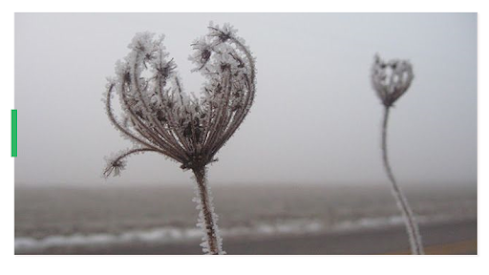 What is now happening at Hillsong Church in NYC is sad. And old. There is nothing new about the fall of their pastor into adultery. Their pastor has admitted to this. (Christianity Today's article is here.)
Hillsong, says a recent New York Times article, is "overly enamored with star power."
Let's say this is true. Let's say Hillsong/NYC valued a cult of celebrity. Surely there are pastors and churches where this fits. The cult of celebrity grows in Entertainment Churches. Because entertainment depends on some people, just a few, maybe only one, being celebrities.
There is an environment that cultivates this. There is a culture, in a petri dish, that grows this.

Two books by Neil Postman, former professor of Culture and Communication at New York University, have helped me here. They are, Amusing Ourselves to Death: Public Discourse in the Age of Show Business, and Technopoly: The Surrender of Culture to Technology.

When I first read Postman, I was often thinking of the American Church, which to a significant degree flourishes in the petri dish of show business. Postman gives us "the world," the culture, which he called The Age of Show Business. That, according to Postman, best describes American culture.
We are not, as Romans 12:1-2 counsels, to conform to this.

Show business metricizes and quantifies "success." Please note: we do not have to do this. This is a relatively recent historical development. Many cultures have not looked at "success" that way. But we do.
To increase numbers, entertain the people. Give them their money's worth, while keeping them coming back for more. Because...  to metricize, to quantify, is the shape of "this world's mold." Mostly, Americans (to include church folk) have conformed to this. Metrics - this is the air we breathe.

But this has not always been so. Aristotle, for example, refused to equate truth and knowledge with numbers. Postman writes: "Indeed, to the Greeks of Aristotle's time, and for two thousand years afterward, scientific truth was best discovered and expressed by deducing the nature of things from a set of self-evident premises." (Amusing Ourselves to Death, 23)

University logic courses still teach the way of Aristotle. I know this, having taught logic at our local community college for seventeen years. I also know that, when I teach that "truth" is not a function of numbers, and hence cannot be quantified, I am speaking to students whose eyes are glazed over, having been fully captured and chained to utilitarian concepts.

We moderns embrace the "equation of truth and quantification. In this prejudice, we come astonishingly close to the mystical beliefs of Pythagoras and his followers who attempted to submit all of life to the sovereignty of numbers. Many of our psychologists, sociologists, economists and other latter-day cabalists will have numbers to tell them the truth or they will have nothing." (Ib., 23)
Hillsong/NYC had the numbers. They had their attractional, celebrity pastor. They did not have the truth, at least, from their pastor. And now, perhaps, they will have nothing. Which could be good. Perhaps they will abandon the sovereignty of numbers, the cult of celebrity, and the desire to be famous. As C. S. Lewis writes in "The Weight of Glory," "Since to be famous means to be better known than other people, the desire for fame appears to me as a competitive passion and therefore of hell rather than heaven."
Pray for this pastor and his wife and children, that God will have his way with them.
And pray, "Lord, lead me not into temptation, but deliver me from the evil one..."