Inference To the Best Explanation 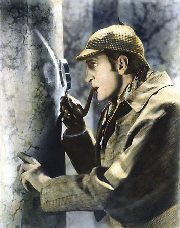 The text I use to instruct my MCCC Logic students is The Power of Critical Thinking: Effective Reasoning About Ordinary and Extraordinary Claims, by Lewis Vaughn (Oxford). It is excellent, creative, colorful, contains many excellent and relevant explanations, and is clearly written. And, it contains a chapter on "Inference To the Best Explanation." This is the first logic text I have seen that explains this.


Inference as to the best explanation has this pattern:


1. Phenomenon Q.
2. E provides the best explanation for Q.
3. Therefore, it is probable that E is true.


As an example of IBE in action I teach, in my Philosophy of Religion courses, Robin Collins's fine-tuning argument for the existence of God. Collins calls IBE "the prime principle of confirmation." This is: whenever we are considering two competing hypotheses, an observation counts as evidence in favor of the hypothesis under which the observation has the highest probability (or is the least improbable). For example, suppose I walk out in the hall after class and a hundred pennies are on the ground, spelling “John, call home now.”
The prime principle of confirmation (IBE) tells me that this did not happen by chance. Some causal agent probably did this. Therefore it is probable that this happened by design. The fine-tuning evidences are like this, only much more so. (For more see here.)


Vaughn writes: "Notice that an inference to the best explanation always goes "beyond the evidence" - it tries to explain facts but does so by positing a theory that is not derived entirely from those facts. It tries to understand the known by putting forth - through inference and imagination - a theoretical pattern that encompasses both the known and the unknown. It proposes a plausible pattern that expands our understanding. The fact that there are best explanations, of course, implies that not all explanations for a state of affairs are created equal." (344-345)

McGrath on Inference to the Best Explanation


For any Christian theist who is interested in the relationship (if any) between science and religion Alister McGrath's Science and Religion: A New Introduction is essential reading.

Here's McGrath on the increasing relevance of IBE as related to the fading approach to scientific verificationism as exemplied by, e.g., Richard Dawkins. McGrath writes:

"Recent years have seen a growing interest within the philosophy of science in the idea of“inference to the best explanation. ” This represents a decisive move away from older positivist understandings of the scientiﬁc method, still occasionally encountered in popular accounts of the relation of science and religion, which holds that science is able to – and therefore ought to  – offer evidentially and inferentially infallible evidence for its theories. This approach, found at many points in the writings of Richard Dawkins, is now realized to be deeply problematic. It is particularly important to note that scientiﬁc data are capable of being interpreted in many ways, each of which has evidential support. In contrast, positivism tended to argue that there was a single unambiguous interpretation of the evidence, which any right -minded observer would discover." (Science and Religion, 52)