(Probably) We Are Alone In the Universe 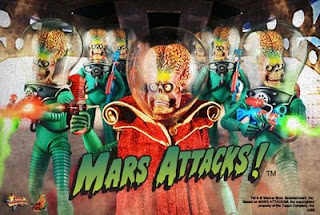 When University of Washington scientists Peter Ward and Donald Brownlee published Rare Earth: Why Complex Life Is Uncommon in the Universe they de-Saganized our universe. I read it (1999), was convinced Carl Sagan was wrong, and saw that, most probably, there was no life elsewhere in the universe beyond a flatworm (beyond mono-cellular life). I haven't changed my mind on this.

Dennis Overbye has written a nice summary of where this discussion is at today: Hot on Trail of ‘Just Right’ Far-Off Planet. Here's what's up.
Ward and Brownlee's Rare Earth argument does not depend on an argument from ignorance. Just because we haven't found any Earthlike planet does not mean there isn't one, or many more. Instead, Ward and Brownlee's argument goes like this.

1) Complex life is very fragile, and can only exist in a habitable zone.

3) The odds of such factors coming together randomly is astronomical.

4) Therefore, intelligent life probably exists only on Earth and nowhere else in the universe

"“The question of whether the Earth is unique because of its water abundance is perhaps the most interesting one in the arsenal of Rare Earth arguments,” said Dr. [James] Kasting [of Penn State University], who explained that calculations showed that the planet could have easily had too much or too little water.
Are we alone in the universe? Probably.

Factor out God, and what does science give us? Overbye writes:

"Earth’s luck will run out. As the Sun ages it will get brighter, astronomers say, increasing the weathering and washing away of carbon dioxide. At the same time, as the interior of the Earth cools, volcanic activity will gradually subside, cutting off the replenishing of the greenhouse gas.
A billion years from now, Dr. Brownlee said, there will not be enough carbon dioxide left to support photosynthesis, that is to say, the oxygen we breathe.
And so much for us.
“Even Earth, wonderful and special as it is, will only have animal life for one billion years,” Dr. Brownlee said."

***
See also Overbye, "Gazing Afar for Other Earths, and Other Beings."

I've written on this here.

***
Ward and Brownlee give a short list of rare earth conditions needed for a planet to be habitable:


***
For a scholarly evaluation of Ward and Brown see James Kastings' review.
Posted by John Piippo at 11:03 PM