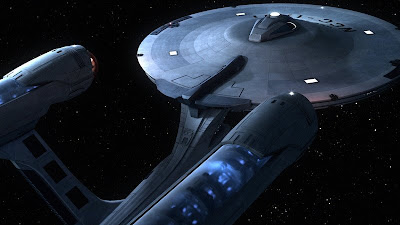 I saw "Star Trek" a week ago. I thought it was good bordering on OK. A few parts bored me and I found myself fighting off sleep. A lot of it was like seeing some old friends which felt good. Spock's comment at the film's end was the philosophical highlight for me creating a needed epistemological paradigm shift.
Speaking of philosophy, the film lacked the moral-philosophical edge some of the original TV shows had. Or, I seem to think those shows had some substance - did they really? I couldn't argue yes or no about this, which shows I am not a "Trekkie."
Via negativa - "Star Trek" is not a waste of money.
Posted by John Piippo at 2:02 PM