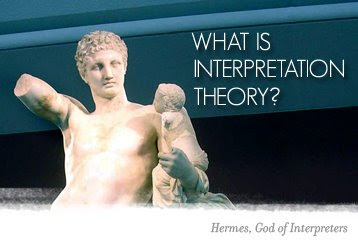 A number of people responded in disagreement to Stanley Fish's recent nytimes essay on Terry Eagleton's new book on God. Many who disagreed did so believing that “religion is a fairy tale, hogwash, balderdash, nonsense and a device for rationalizing horrible deeds.” The most common argument in support of this is based on “a sharp distinction between religion and science, or, alternatively, between faith and reason.”

The problem is that a lot of people think “facts” are to be distinguiished from matters of “faith.” Supposedly, “facts” are just there for all to see; faith deals with murky unseen things. Fish thinks such reasoning goes astray. He writes: “Evidence, understood as something that can be pointed to, is never an independent feature of the world. Rather, evidence comes into view (or doesn’t) in the light of assumptions… that produce the field of inquiry in the context of which (and only in the context of which) something can appear as evidence.” Or, as I learned a long time ago, all facts are theory-laden. There simply is no such thing as an “uninterpreted fact.”

Fish puts it this way: “There is no such thing as “common observation” or simply reporting the facts. To be sure, there is observation and observation can indeed serve to support or challenge hypotheses. But the act of observing can itself only take place within hypotheses (about the way the world is) that cannot be observation’s objects because it is within them that observation and reasoning occur.”

Christopher Hitchens has written, "You will feel better . . . once you leave hold of the doctrinaire and allow your chainless mind to do its own thinking.” Fish thinks there are no "chainless minds," and it's good there aren't.

Fish writes: "A mind without chains – a better word would be “constraints” – would be free and open in a way that made motivated (as opposed to random) movement impossible. Thought itself — the consideration of problems with a view to arriving at their solutions — requires chains, requires stipulated definitions, requires limits it did not choose but which enable and structure its operations." One of Fish's respondents wrote: “Why is it not possible to reason simply as a gratuitous exercise.”" To which Fish responds: "Why, in other words, is it not possible to reason without anything in mind? Just try it; you can’t even imagine what it would be like."

"Simple observation" or "simple reporting of some 'fact'" is a fiction. Therefore to use this fiction to defeat faith is fundamentally misguided. "Religious thought may be vulnerable on any number of fronts, but it is not vulnerable to the criticism that in contrast to scientific or empirical thought, it rests on mere faith."

Fish, finally: "So to sum up, the epistemological critique of religion — it is an inferior way of knowing — is the flip side of a naïve and untenable positivism. And the critique of religion’s content — it’s cotton-candy fluff — is the product of incredible ignorance."

One more point, re. Hitchens. Hitchens was intellectually demolished in his recent debate with William Lane Craig. I concljude, after seeing this, that if one could have an unchained mind and the result was the mind of Hitchens I think I will pass.
Posted by John Piippo at 10:24 AM