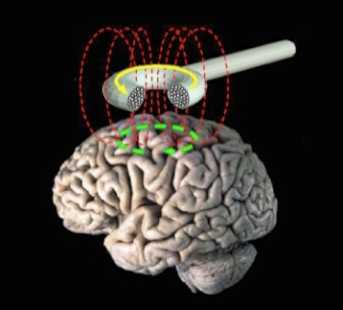 Last night Linda and I went to Westfield Mall in Toledo. She was looking for a new dress. I brought a book to read while she tried on the dresses. I got a lot of good reading in - the book is Neuroscience and Philosophy: Brain, Mind, and Language, by neuroscientist Maxwell Bennett and philosophers Peter Hacker, Daniel Dennett, and John Searle. Dennett and Searle critique the thesis Bennett and Hacker put forth in their previous book, Philosophical Foundations of Neuroscience.

I have long been fascinated by this subject, for the following reasons:

- as an undergraduate in philosophy I was interested in what is called "the problem of religious language." My reading was filled up with J.L. Austin, Wittgenstein, Searle, Antony Flew, A.J. Ayer, and various philosophers of language and theistic analytic philosophers.

- my doctoral thesis was on metaphor theory and religious language - Max Black's new non-Aristotelian metaphor theory (metaphor is not an "elliptical simile"), Paul Ricoeur, Wolfhart Pannenberg, linguist Andrew Ortony, and many others that totalled 50 pages of footnotes.

- my current, ongoing interest in "the hard problem" of first-person subjective consciousness (qualia) and the various responses to this problem (David Chalmers et. al.).

It seems to me that if persons have a "mind" in a Cartesian sense (or something akin to it; viz. not fully reducible to the physical brain) then we have evidence for super-naturalism. If this is not true then we have a possibly intractable problem that comes with physicalism; viz., the "hard problem" of first-person subjective consciousness. Issues of free will come in to play, as does the coherence of even theorizing about such matters.

This morning I read Jane O'Grady's essay "Can a Machine Change Your Mind?" O'Grady argues that "the mind is not the brain. Confusing the two, as much neuro-social-science does, leads to a dehumanised world and a controlling politics." She's challenging a growing view that it's "just a matter of time before the gap between physical brain-stuff and consciousness is bridged."

O'Grady is concerned that physicialist theory will reduce moral actions entirely to scientific explanations of behavior. Here's where the strange, intractable loop comes in, since if moral actions are entirely reducible to the physical brain then arguing for this theory is but the epiphenomenon of someone's physical brain. In this light O'Grady asks, "Even more ridiculous, by the same token, is the idea that we could be taught about, and discuss, brain states. Why would we ever dream of doing so?" I especially like O'Grady's definition of epiphenomenalism: "the view that, with any neural event, there is also a mental, causally inactive, spin-off."

O'Grady asks: "How do we get rid of the sense that there always seems to be something left over from the straightforward conflation of brain state activity into mental state occurrence? In The Blue Book, Wittgenstein imagines a scenario in which scientists open someone’s head and observe his functioning brain, while he, by means of mirrors, observes it at the same time, all observers equally able to watch neurones firing, synapses opening, etc. In principle, why not? But, as Wittgenstein says, the brain-owner, unlike the scientists clustering round him, is observing, or experiencing, two things rather than one. He can observe that when he feels, or thinks about, certain things, certain activities occur in his brain at the same time. He experiences feeling or thinking in certain ways, and also he experiences observing his brain working in certain ways. The scientists only experience observing the brain working. What one could add to this is that if, at some time in the future, the subject whose brain has been observed were to see a video of what had happened during the brain-inspection, he (unless his memory were perfect or the experiment very brief) would be in the same position as the observing scientists were at the time – he would have to deduce what he had been thinking about or feeling then from what he now observes of his brain in the video."

She concludes: "Given the brain’s material object status, it wouldn’t, and, for identity theorists, shouldn’t, matter whose brain is being observed, and by whom, owner or non-owner, when it comes to ‘recognising’ mental states as brain states, and vice versa. But of course, it does matter – it makes all the difference."

"... of course in some way consciousness may be caused by, or correlated with, the brain's microscopic properties. But (as Nagel hardly needed to remind us) what it feels like to be conscious of something, or to be in a particular state of pain or serenity, surely goes beyond those brain properties. A scientific description of what happens in the brain when someone has a certain thought or experience seems inevitably to leave out what the thought is about or the experience is like. Once again, there’s something left over, something which, if the person were observing their own brain states, they would be having in addition to seeing neurons fire and synapses wiggling."

O'Grady concludes: "Hard-line identity theorists, and eliminativists above all, don’t appreciate how much they would change things if indeed we could come to believe and implement their theories. Our world would increasingly be leeched of meaning, morality, dignity and freedom, and if we rejected folk psychology in favour of scientific terminology about brain states, not only would we know less, not more, about ourselves; we would also have less to know about, because we would be less." ("Eliminative materialism (or eliminativism) is the radical claim that our ordinary, common-sense understanding of the mind is deeply wrong and that some or all of the mental states posited by common-sense do not actually exist.")

Right. The social sciences are in jeopardy. What is the meaning of moral responsibillity if the identity theorists are correct? And, how could identity theorists themselves meaningfully arguer that identity theory is "true?" O'Grady's essay is a good one that serves as an entree into the brain-mind discussion. There's much more in it than I've here written about.
Posted by John Piippo at 8:23 AM