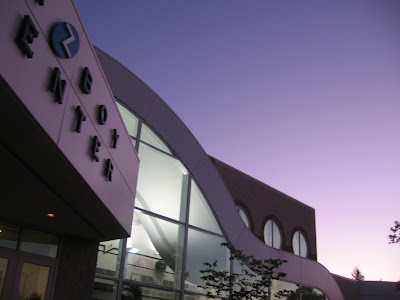 (Monre County Community College)
I’m in my 8th or 9th year (I don’t know!) teaching philosophy at Monroe County Community College. I am so thankful for the opportunity to do this. I’ve spent a lot of time in academia, both as a student and as a professor. I think our community college is a tremendous deal, with a good facility that’s getting better, a wonderful location, and a lot of very, very good professors who are dedicated to teaching students. (Note: at major universities there are professors who are not so dedicated to teaching students but spend their time on grants used to further their own research and publishing. A number of them are not so student-oriented, because in the unversity it’s “publish or perish.”)
This fall I’m teaching Introduction to Logic and Philosophy of Religion.
What’s Intro to Logic about? Logic is the area of philosophy that evaluates arguments. Philosophers are interested in issues concerning meaning and truth. A major way to arrive at truth is by using logic. Persons make arguments to explain or persuade or convince others of the truth of some statement. The philosopher then asks – is the argument “logical?” For many philosophers if the argument is not logical, then it need not be believed. Personally I think this is too narrow an approach to truth, but that’s the approach I teach becaise it’s a logic class.
What’s Philosophy of Religion about?
The study of the philosophy of religion concerns philosophical ideas and concepts that are brought to bear on religious issues. The purposes of this course include:
1) To introduce the student to basic issues in the academic discipline of the philosophy of religion.
2) To enable the student first of all to understand these issues and then, secondly, to enable the student to evaluate the issues.
3) To engage the student in dialogue about major issues in the philosophy of religion.
4) Students will have learned some new ways of thinking about some of life’s most important issues.
Areas we especially look at include:
- Classic and contemporary arguments for the existence of God
The Ontological Argument
The Teleological Argument
The Anthropic Teleological Argument
The Cosmological Argument
The Kalam Cosmological Argument
- Classic and contemporary refutations of the above arguments
- Classic and contemporary arguments against the existence of God
The Argument from Evil
- The hermeneutics of suspicion – Marx, Freud, and Nietzsche
- Philosophical issues in the comparative religions – especially regarding the idea of God or gods or lack thereof, and regarding the problem of evil as understood in each of the great world religions.
Hinduism
Buddhism
Islam
Judaism
Christianity
I love the beginning of the school year and the opportunity to meet new students and teach them things I am passionate about.
Posted by John Piippo at 10:36 AM