D'Souza on Pascal's Wager: Part I 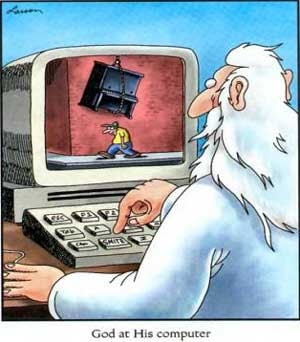 Pascal’s wager is often mocked by atheists. In light of this I admit to much enjoying D’Souza’s chapter “A Skeptic’s Wager: Pascal and the Reasonableness of Faith.” Here’s D’Souza’s reasoning as I see it, with my comments.

D’Souza believes he has demonstrated, using Kant, that noumenal reality exists, and that science therefore cannot in principle grasp all of reality since it only deals with phenomenal reality.

Next, D’Souza thinks he has shown that miracles are possible.

Now, he wants to show, using Pascal, that faith is reasonable. “Faith is the smart bet. It makes sense to have faith.” (191) Contrast this to folks like Dawkins, who writes: “Faith seems to me to qualify as a kind of mental illness.” (In D’Souza, 192)

But faith is necessary in life. For example, “I express a lot of faith in air traffic control and the skill of the pilot every time I board an airplane.” (192) A response to this might be, “But it works. The airplane gets me from point A to point B.” But faith in a God strikes Dawkins et. al. like faith in Santa Claus or the Easter Bunny. That seems a lot different than faith in airplanes, that the Battle of Waterloo happened, and so on.

D’Souza responds that “this is no argument against religious faith because, for the believer, faith also delivers the goods.” D’Souza cites William James as supporting the idea that “faith in God, for the millions who have it, is routinely vindicated in everyday life.” (193) To this, personally, I would agree. My coming to faith in God has worked to change my life for the better. I could reasonably be dead by now given the drug-filled life I was living before I came to believe in a God who loved me and made a choice to seek God and follow God. Note: this is not insignificant, to me. It may not be others’ experience, but it is my experience, so it would be unreasonable for me to deny it.

But for D’Souza, as for me, it’s not enough to say that faith in God has changed my life for the better. I also want to know: is it true; viz., is an argument like this sound:

1. At age 21 my life took a radically turn for the better. (True)
2. This turn began at the moment I came to believe in God and place my trust in God. (True)
3. For me, scientific/genetic/psychological/cultural explanations do not suffice to explain my experience. (True)
4. Therefore, there is a God who effected this change in me. (???)

While I can empirically verify that the Battle of Waterloo happened, I cannot, according to D’Souza and Kant, empirically verify that “there is a God in heaven who seeks to be eternally united with us.” (193) D’Souza writes: “These things are outside the bounds of experience, and therefore they are outside the power of human beings to check out. As Kant showed, they are beyond the reach of reason itself.” (193) But that does not mean Kant thought religious faith was unreasonable. This is because “outside the phenomenal world… these criteria do not apply, just as the laws of physics apply only to our universe and not to any other universe.” (193)

Note what D’Souza is doing so far:

(I’ll continue this in a future post.)
Posted by John Piippo at 9:29 AM