Essential & Contingent Attributes of a Real Move of God 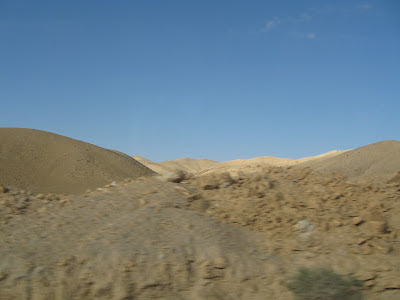 (The Negev Desert in Israel)


In the movie “The Lion, the Witch, and the Wardrobe,” the lion Aslan is, in the land of Narnia, Jesus. Narnia is under the spell of the wicked White Witch. The land is frozen, the inhabitants who challenge her have been frozen into statues, and there is great despair. Enter Aslan; i.e., God incarnate. Hope arises, and the creatures begin to whisper that “Aslan is on the move.” This results in snow melting, creatures thawing out and getting set free, and hope arising.


We get some answers to this by studying the book of Acts, especially chapters 1 – 4. Here we see elements that seem to always characterize an authentic move of God. Here are some of them. To identify these things is important for me personally for the sake how how I pray and for being able to identify the real thing from pretenders.


*The early Jesus-followers spent much time praying together
*They had a sense of expectancy, because a promise had been given to them
*The Holy Spirit came on the people
*God gave them signs (a “sign” is something that points to something else; in this case, points to God)
*The people were in unity
*There was repentance taking place – a turning away from the stuff of this world to the things of God
*They broke bread together; had meals together; celebrated the Lord’s Supper together
*They worshiped
*They went out into there community and witnessed to what God is doing
*This witness happened in two ways: 1) miracles done through them; and 2) preaching/teaching about God and Jesus
*The people held on to their material possessions lightly, and gave to others as they had need
*There was resistance and even persecution
*The early Jesus-followers responded to this resistance and persecution by asking God to stretch out his hand and demonstrate his might power so the persecutors might see and believe
*They prayed


When God moves, I think we should expect to see these kind of things. Which are, I argue, essential attributes of a real move of God. Of course, other things can happen, too. Such things, if they are from God, are important, and can be called contingent attributes of a move of God. In terms of praying, I'm not praying for God to give us certain contingent, non-essential things. Identify the core elements of a real move of God, ask God to send more of his Holy Spirit upon us, and then expect to see the kind of things I have bullet-pointed above.
Posted by John Piippo at 7:44 AM