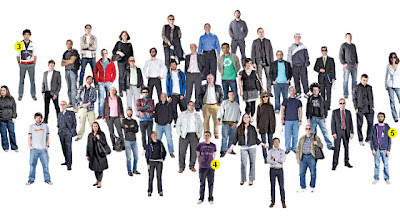 Here's an article on "atheist churches."

Some things the article says include:

- Atheism is the fastest growing "faith" in America. "The Pew Forum on Religion & Public Life released the results of its “Religious Landscape” survey in February and found that 16 percent of Americans have no religious affiliation. The number is even greater among young people: 25 percent of 18- to 29-year-olds now identify with no religion, up from 11 percent in a similar survey in 1986."

NOTE: In my MCCC philosophy classes here in Southeast Michigan there's a small number of students who outwardly claim themselves as atheists. The majority of them know little or nothing about their "faith." A few of them - very few - are seriously studying their atheistic faith.

- Sam Harris, Daniel Dennett, Christopher Hitchens, and Richard Dawkins are now known as "The Four Horsemen." There is concern that "the militancy of the Four Horsemen could derail an otherwise powerful movement." This seems correct. The "Four Horsemen" are indeed very angry guys.

- Some atheists feel the need for a "church," in fear that if atheism is not organized it will fade into the cultural background again.

- The Four Horsemen are not themselves united. "At this point, the movement can’t even agree on a name. Christopher Hitchens, author of God Is Not Great, prefers the term anti-theist because he’s entertained the possibility that God exists and finds the prospect frightening, the spiritual equivalent of living in North Korea. Daniel Dennett continues to promote the term bright, which, he has said, is “modeled very deliberately and very consciously on the homosexual adoption of the word gay.” (In the first chapter of God Is Not Great, Hitchens dismisses the term as conceited.) And Sam Harris, brash young scientist that he is, triggered a minor revolt last fall at the Atheist Alliance International Conference in Crystal City, Virginia, when he lashed out against the term atheist, disparaging those who identify with a negation. “It reverberated in atheist circles as a sacrilege,” Harris told me. “But what’s worse is adopting language that was placed on us by religious people. We don’t feel the need to brand ourselves non-astrologers or non-racists.”"
Posted by John Piippo at 8:13 AM