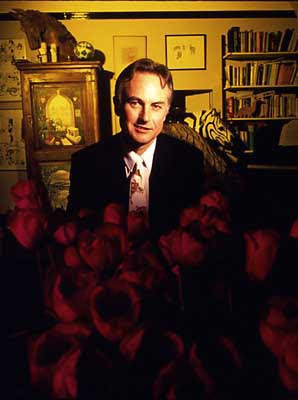 The late Stephen Jay Gould coined the term "NOMA," which is an acronym for "Non-Overlapping Magisteria." For Gould there are two "magisteria" - science and religion - and they remain forever disconnected. The "magisterium of science" deals with the "empirical realm." The "magisterium of religion" deal with "questions of ultimate meaning." Again, for Gould, the two magisteria do not overlap. (Note: I'm using McGrath's The Dawkins Delusion, pp. 40-41, for this post.)
Now on this McGrath thinks Gould is wrong. Dawkins also thinks Gould is wrong, but for different reasons than McGrath.
Dawkins thinks Gould is wrong because, for Dawkins, there is only one magisterium; viz., empirical reality. For Dawkins empirical reality is the only reality that exists. Dawkins is outraged at the idea that theologians should be allowed to speak about anything at all. Dawkins writes: "Why are scientists so cravenly respectful towards the ambitions of theologians, over questions that theologians are certainly no more qualified to answer than scientists themselves." (In DD, 40)
McGrath thinks Gould is wrong because he posits a false dichotomy. There is a third option, which McGrath calls POMA - "partially overlapping magisteria." POMA reflects "a realization that science and religion offer possibilities of cross-fertilization on account of the interpenetration of their subjects and methods." (DD, 41) McGrath cites evolutionary biologist Francis Collins, head of the Human Genome Project. Collins speaks of "a richly satisfying harmony between the scientific and spiritual worldviews... The principles of faith are complementary with the principles of science." (From Collins, The Language of God; cited in DD, 41)
McGrath agrees with Collins, and writes, "This idea of 'overlapping magisteria' is implicit in the philosophy of 'critical realism,' which is currently having such an impact on illuminating the relationship of the natural and social sciences." (DD, 41)
So, for McGrath and Collins, the debate is not between Gould and Dawkins (NOMA or empirical reality alone). There is a third alternative - POMA.
When I was a campus pastor at Michigan State University our church was filled with scientists who would, I feel certain, affirm the McGrath-Collins idea of POMA. For these great scholars science and religion overlapped. I had many personal and group discussions with scientists about the interrelatioship and what that meant.
Posted by John Piippo at 10:24 AM