The Dawkins Delusion #39: Should a Real Scientist Be an Atheist? 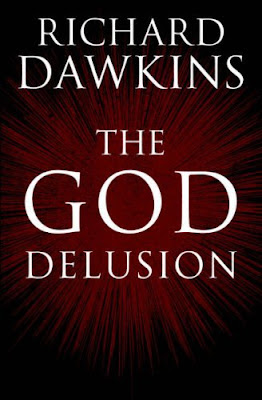 For Richard Dawkins science has destroyed faith in God. The idea that there is a "God" is only embraced by "deluded fanatics" (Alister & Joanna McGrath, The Dawkins Delusion? Atheistic Fundamentalism and the Denial of the Divine, 41-42).
But the problem is that a lot of scientists do believe in God. Personally I know this, having lived in a church family from 1981-1992 that was filled with scientists of every kind.
McGrath points out that in 1916 active scientists were asked whether they believed in God ("God" was defined as a God who actively communicates with humanity and to whom one may pray "in expectation of receiving an answer" - DD, 42). Roughly 40% did believe in this kind of God, 40% did not, and 20% were not sure.
This survey was repeated in 1997, using exactly the same question. The number who believed in such a God was 40%, the number who disbelieved slightly increased to 45%. What can we make of this?
Atheists might use this to say "most scientists don't believe in God." But one could just as well interpret the results as saying "most scientists do not disbelieve in God," since 55% either believe in God or are not sure (agnostic).
McGrath writes (after giving more analysis of the survey data): "Dawkins is forced to contend with the highly awkward fact that his view that the natural sciences are an intellectual superhighway to atheism is rejected by most scientists, irrespective of their religious views."
McGrath has this interesting observation, which I confirm from my experience with scientists: "Most unbelieving scientists of my acquaintance are atheists on grounds other than their science; they bring those assumptions to their science rather than basing them on their science. Indeed, if my own personal conversations are anything to go by, some of Dawkins's most vociferous critics among scientists are actually atheists. His dogmatic insistence that all "real" scientists ought to be atheists has met with fierce resistance from precisely the community that he believes should be his fiercest and most loyal supporter." (DD, 44)
"There is a massive observational discrepancy between the number of scientists that Dawkins believes should be atheists and those who are so in practice." (DD, 44)
Posted by John Piippo at 10:45 AM