The Cross Was God's Idea 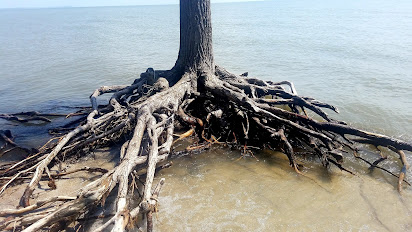 The ethos of progressive Christianity is scandalized by the idea that God the Father is behind sending Jesus the Son to the cross to bear and atone for our sins. William Paul Young (of "The Shack") writes, in his book Lies We Believe About God, that one of those lies is that the cross was God's idea.

Here's Young. “Who originated the Cross? If God did, then we worship a cosmic abuser, who in Divine Wisdom created a means to torture human beings in the most painful and abhorrent manner… Better no god at all, than this one.” (P. 149)

God? A cosmic abuser? God, not behind the cross of Christ?

William Lane Craig (and MANY New Testament scholars) demolishes this idea in his book The Atonement. Listen close to just a few quotes from Craig.

"NT scholar William Farmer concludes, “This evidence indicates that there is an Isaianic soteriology deeply embedded in the New Testament which finds its normative form and substance in Isaiah 53” (Farmer 1998, p. 267; cf. Bailey 1998 and Watts 1998).

What is remarkable, even startling, about the Servant of Isaiah 53 is that he suffers substitutionally for the sins of others. Some scholars have denied this, claiming that the Servant merely shares in the punitive suffering of the Jewish exiles. But such an interpretation does not make as good sense of the shock expressed at what Yahweh has done in afflicting His Servant (Is 52.14–53.1,10) and is less plausible in light of the strong contrasts, reinforced by the Hebrew pronouns, drawn between the Servant and the persons speaking in the first-person plural:

Surely he has borne our griefs and carried our sorrows;

yet we esteemed him stricken, smitten by God, and afflicted.

But he was wounded for our transgressions, he was bruised for our iniquities;

upon him was the chastisement that made us whole,

and with his stripes we are healed.

we have turned every one to his own way;

We may compare the Lord’s symbolically laying the punishment of Israel and Judah upon the prophet Ezekiel, so that he could be said to “bear their punishment” (Ezek 4.4–6). Here, in Isaiah 53, the Servant’s bearing the punishment for Israel’s sins is, however, not symbolic but real." (Pp. 17-18; emphasis mine)

See my chapter "Is the Atonement "Cosmic Child Abuse?" in Deconstructing Progressive Christianity.

And, see The Nature of the Atonement: Four Views. Here are two quotes from the excellent introduction by Paul Eddy and James Beilby.

"This book is concerned with the complexities of the Christian view of the atonement— that is, the saving work of Jesus Christ. Broadly speaking, the term atonement— one of the few theological terms that is “wholly and indigenously English”— refers to a reconciled state of “at-one-ness” “at-one-ness” between parties that were formerly alienated in some manner. According to the great eighteenth-century evangelist John Wesley, “Nothing in the Christian system is of greater consequence than the doctrine of the atonement.”"

(Note: sin separates. Yet another "lie" that folks like me believe, according to Young, is that sin separates us from God.)

(None of the contributors deny that sin separates us from God, and that atonement was God's idea.)