The Atonement is Core Christianity 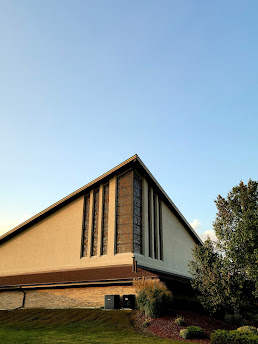 As I write in my new book Deconstructing Progressive Christianity, Christ's death on a cross was the atoning sacrifice that reconciled us to God. The ethos of progressive Christianity is to deny this. In chapter eight I explain this ("Is the Atonement "Cosmic Child Abuse?"") Several progressives deny that persons are separated from God by sin. I consider this bad exegesis, and heterodox.

I am now reading William Lane Craig's book The Atonement. This book is the shorter version of his recent Atonement and the Death of Christ: An Exegetical, Historical, and Philosophical Exploration. New Testament scholar Ben Witherington reviews Bill's book favorably. Witherington writes,

"The essence of the book’s argument can be summed up as follows— penal substitutionary atonement, involving both propitiation of God’s wrath, and expiation of our guilt is at the very heart of the NT doctrine of the atonement. I completely agree with this analysis. Any theory of the atonement must adequately deal with the righteous character of God and the fact that his moral character demands that justice in some form must be done in a world where all have sinned, but at the same time since God is love, and is merciful, he found a way to satisfy the demands for justice and at the same time save the sinner... This is one of those books that I would say— sell some of your older books and buy this one. It’s definitely a keeper!"

In the book I'm now reading, The Atonement, Bill writes that

"The closest New Testament (NT) word for atonement in this sense is katallagē or reconciliation, specifically reconciliation between God and man.1 Reconciliation is the overarching theme of the NT, and other important NT motifs such as the Kingdom of God, salvation, justification, and redemption are subservient to it. Atonement in this sense thus lies at the heart of the Christian faith... The message of the NT is that God, out of His great love, has provided the means of atonement for sin through Christ’s death: “For God so loved the world that he gave his only Son, that whoever believes in him should not perish but have eternal life” (Jn 3.16). By his death on the cross, Christ has made possible the reconciliation of alienated and condemned sinners to God."  (P. 5; emphasis mine.)

Craig shows how atonement means not only reconciliation to God, but also means purification and cleansing. He writes,

"But there is a narrower sense of “atonement” that is expressed by the biblical words typically translated by this English word. In the Old Testament (OT), “atonement” and its cognates translate words having the Hebrew root “kpr.” Best known of these expressions is doubtless Yom Kippur, the Day of Atonement. To atone in this sense takes as its object sin or impurity and has the sense “to purify, to cleanse.” ​The Greek equivalent in the Septuagint (LXX) and NT is hilaskesthai. While the result of atonement in this narrow sense may be said to be atonement in the broad sense, nevertheless the biblical words translated as “atonement” or “to atone” need to be understood in the narrower sense if we are to understand the meaning of the texts. Theologically, the doctrine of the atonement concerns atonement primarily in the narrower, biblical sense of cleansing of sin and has traditionally been treated under the priestly work of Christ." (Pp. 4-5)

See my book for progressives who deny, and speak of atonement theology as a lie, a virus, and evil.