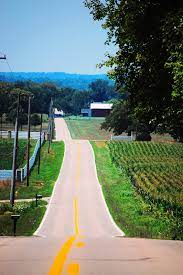 Soren Kierkegaard wrote: Jesus' "whole life on earth, from beginning to end, was destined solely to have followers and to make admirers impossible." (Provocations: Spiritual Writings of Kierkegaard, p. 85)

Rod Dreher expands on this idea.

"Admirers love being associated with Jesus, but when trouble comes, they either turn on him or in some way try to put distance between themselves and the Lord. The admirer wants the comfort and advantage that comes with being a Christian, but when times change and Jesus becomes a scandal or worse, the admirer folds." (Dreher, Live Not by Lies: A Manual for Christian Dissidents, p. 190)

"The admirer never makes any true sacrifices. He always plays it safe. Though in words, phrases, songs, he is inexhaustible about how highly he prizes Christ, he renounces nothing, will not reconstruct his life, and will not let his life express what it is he supposedly admires. Not so for the follower. No, no. The follower aspires with all his strength to be what he admires. And then, remarkably enough, even though he is living amongst a “Christian people,” he incurs the same peril as he did when it was dangerous to openly confess Christ."