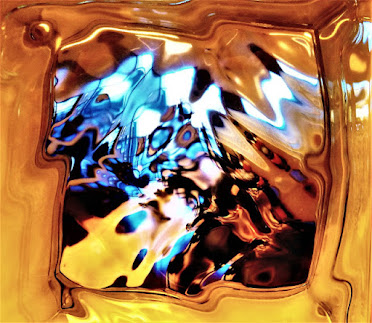 (Photo of light coming through a glass brick)

Want to see something morally absurd?

InterVarsity Christian Fellowship (IVCF) is a university campus-based Christian ministry. Linda and I were in campus ministry for eleven years at Michigan State University. InterVarsity is a group we are familiar with, and think highly of.

Here's the Detroit Free Press article on what happened after InterVarsity submitted its constitution to the university, which campus ministries and other para-university groups are required to do annually.

"The application was approved, but a day later, the group received an email from Ricardo Villarosa, coordinator of student life for the school, saying its constitution must be rewritten because "Neither membership, nor officer requirements may violate the university anti-discrimination policy — please amend the officer requirements accordingly and resubmit."

After more exchanges with Villarosa and lawyers for the university, the school revoked InterVarsity's status as a registered student organization and canceled the group's scheduled activities on campus.

InterVarsity said it was denied access to free or reduced rent space on campus, space in the student center to recruit new members and excluded from two campus recruiting events, FestiFall and WinterFest.

It also was booted off the list of official student groups posted on the school’s website; and denied access to an online school platform used to communicate with students and to post a schedule of events, according to the suit."

This past Monday "a federal judge ruled that WSU violated the constitutional rights of a Christian student group that required its leaders to be Christians."

"The judge found that other groups on campus were not required to amend their charters in a similar way. He cited as examples club sport teams that are limited to a single gender as well as single gender fraternities and sororities.

The Iraqi Student Organization requires its leaders to be “dedicated Iraqi students." The Student Veterans Organization limits both membership and leadership roles to military veterans and ROTC members.

The Muslim Student Association said in its registration that it would remove leaders for violating "an Islamic principle that deems him/her unworthy to serve as a Muslim leader on campus.” The Coptic Christian Club requires its leaders to be “Coptic Orthodox Christian.""

But of course, right?

"The university is reviewing the ruling."