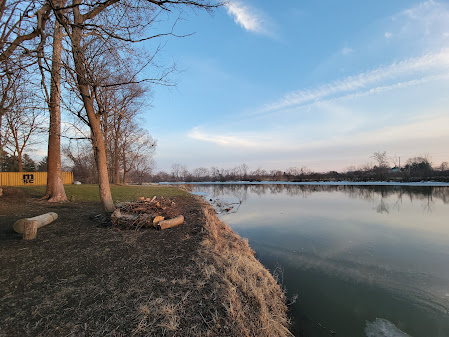 (The River Raisin, in my backyard)

Someone contacted me about a blog post I made. We talked on the phone. At one point they said something I thought was incorrect. So, I said, "You're wrong about that." Their response was not to engage the argument. Instead, they said that I hurt them by telling them they were wrong. At that point the discussion was not about logic and critical thinking and stating reasons that lead to a conclusion. There was no argument at all. Now, it was emotional. (This is Philip Rieff's "triumph of the therapeutic," instantiated; with a heaping spoonful of postmodern denial of objective truth.)

I had committed a microaggression. (To understand this, an excellent book is The Rise of Victimhood Culture: Microaggressions, Safe Spaces, and the New Culture Wars, by Bradley Campbell and Jason Manning.)

When I taught Philosophy at Monroe County Community College I would use words like 'right', 'wrong', 'true', 'false', 'correct', 'incorrect', and 'yes', 'no'. I never had a student say these words wounded them. And, sometimes, a student would point out an error in my thinking. When that happened, I would say, "You are right. I was wrong about that."

In my Philosophy of Religion classes I would begin by teaching Anselm's Ontological Argument for the Existence of God. (See here. For a variation on the argument that avoids Kant's criticism, see here.)

This argument is an exercise in logic. I first stated the argument, as follows.

1) I have an idea of a being a greater than which cannot be conceived.

I would write this argument on the white board. Then, I would ask the students, "How does statement 2 follow from statement 1?" A few students risked a response to this question. After each student response, I would say, "That's wrong." Or, "incorrect." Or, "false." I did not expect beginning philosophy students to understand this argument.

My goal was to teach them the argument. I wanted students to understand it. As understanding came to some of the students, I would tell them, "That's it! That's correct. You've got it!"

As a philosopher, I have engaged in countless discussions over matters of true/false, right/wrong, and good/bad. My experience in academic philosophy is that scholarly critical thinkers do not need to be coddled and pampered emotionally. What we want is truth. The philosophical quest is a quest for truth.

The same applies to the scientific quest.

But now...   ahhh...  the word from university professors is that students no longer go to school to learn, but to be made to feel better about themselves. They go to be emotionally "affirmed." Hence the concerns about micro-aggressions, the talk of “safe spaces” and “feeling threatened” when merely exposed to ideas with which one might disagree.

In the search for truth, the goal is not to affirm you, but to learn you.