The Absurdity of Christianity Without the Resurrection 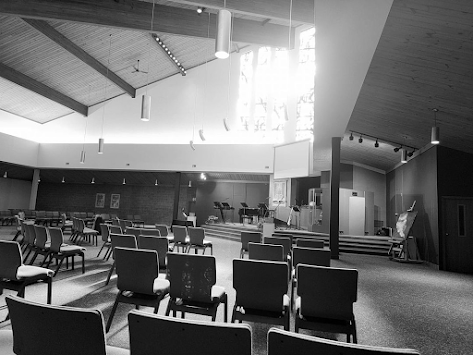 Perhaps, one day, someone will invent a car without an engine. But, at least for now, and far into the foreseeable future, if it doesn't have an engine that converts energy into motion, then it's not a car.

The same goes for the resurrection of Jesus. Liberal Christianity has invented a religion without a historical resurrection. For a description of how this has happened, see Tim Keller, Hope in Times of Fear: The Resurrection and the Meaning of Easter, chapter 1.

"Liberal Christianity has taught that it doesn’t matter whether these events in the story of Jesus’s life actually happened. All that matters is that Christians be good, ethical people who love others and make the world a better place. This is an effort to create a non-historical faith, one that isn’t grounded in what God has actually done in history, but only in what we do and how we live. Liberal Christianity even tries to read itself back into history as the original, true Christianity. It claims that the original Jesus was simply a human teacher of justice and love.

...This narrative, however, is not actually an updated version of Christianity. Rather, it is the creation of a different religion altogether...

...The stark difference between liberal Christianity and the original faith was put famously by H. Richard Niebuhr. He described liberalism thus: “A God without wrath brought men without sin into a Kingdom without judgment through the ministrations of Christ without a Cross.” And, he could have added, without a resurrection." (pp. 3-4. I have read, over the decades, several liberal theologians who have created alternative religions and called it 'Christianity'.)

If it does not have the historical resurrection, then it's not Christianity. The apostle Paul knew this, as he wrote, in 1 Corinthians 15:13 ff.

If there is no resurrection of the dead, then not even Christ has been raised.

14 And if Christ has not been raised, our preaching is useless

and so is your faith.

15 More than that, we are then found to be false witnesses about God,

for we have testified about God that he raised Christ from the dead.

But he did not raise him if in fact the dead are not raised.

16 For if the dead are not raised, then Christ has not been raised either.

17 And if Christ has not been raised, your faith is futile;

you are still in your sins.

18 Then those also who have fallen asleep in Christ are lost.

19 If only for this life we have hope in Christ,

we are of all people most to be pitied.

Keller quotes a poem by John Updike, to illustrate the absurdity of Christianity  without the resurrection.

if He rose at all

It was as His body;

If the cells’ dissolution did not reverse, the

the Church will fall.

It was not as the flowers,

it was not as His Spirit in the mouths and

fuddled eyes of the

it was as His flesh; ours.

The same hinged thumbs and toes,

Let us not mock God with metaphor,

painted in the faded

let us walk through the door.

The stone is rolled back, not papier-mâché

not a stone in a story,

but the vast rock of materiality that in

the slow grinding of

time will eclipse for each of us

the wide light of day.

And if we have an angel at the tomb,

make it a real angel,

opaque in the dawn light,

spun on a definite loom.

Let us not seek to make it less monstrous,

for our own convenience,

our own sense of beauty,

lest, awakened in one unthinkable hour,

we are embarrassed by the miracle,

and crushed by remonstrance.