Tolstoy on Victimization and Self-Pity

Tolstoy on Victimization and Self-Pity 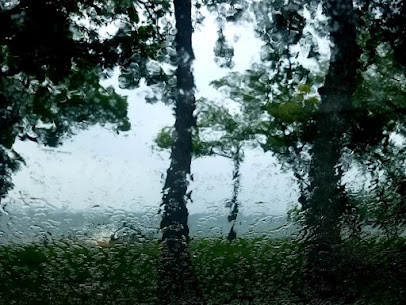 All of us have been victimized. Someone has done something hurtful to us that we did not bring about or deserve. We've all had that experience, probably more than once. And, surely, we have victimized others. We have punished someone wrongly, with our words and actions.

There are true victims.

A spirit of victimization exudes self-pity. Tolstoy, in The Death of Ivan Ilych, describes the sickness of self-pity in exquisite detail:

"What tormented Ivan Ilych most was the deception, the lie, which for some reason they all accepted, that he was not dying but was simply ill, and he only need keep quiet and undergo a treatment and then something very good would result… The awful, terrible act of his dying was, he could see, reduced by those about him to the level of a casual, unpleasant, and almost indecorous incident (as if someone entered a drawing room defusing an unpleasant odor) and this was done by that very decorum which he had served all his life long. He saw that no one felt for him, because no one even wished to grasp his position… [W]hat most tormented Ivan Ilych was that no one pitied him as he wished to be pitied. At certain moments after prolonged suffering he wished most of all (though he would have been ashamed to confess it) for someone to pity him as a sick child is pitied. He longed to be petted and comforted."” (Emphasis mine.)

In Luke 9:23 Jesus tells us, "If anyone would come after me, he must deny himself and take up his cross daily and follow me.” Self-denial is necessary to take up the cross and follow Jesus. It needs to be happening every day.

Healthy self-denial involves removal of negative aspects of the self. These are things like self-love, self-hatred, and self-pity. All are forms of self-obsession. The more self-obsession, the less following of Jesus there will be. Following Jesus is in inverse proportion to self-obsession.

Self-pity is one of the more punishing forms of self-obsession. Self-pity cannot coexist with spiritual renewal and transformation.

In one of my seminary classes I was talking about holding “pity parties,” when a pastor named Samuel from Ghana asked, “What do you mean by “pity party?”” I said, “Samuel, the next time I host one for myself I’ll invite you.” Unfortunately, I could write an essay on How To Host Your Next Pity Party.

To be self-pitying is to live life as a victim. While it’s true that sometimes we are victims, there is a spirit of victimization (self-deprivation) that is to be distinguished from the real thing. It looks like this: "Poor me! They are not treating me right - and after all I've done for them!" Such is the self-pitying, angry person.

In this regard Henri Nouwen asks, "What else is anger but the response to the sense of being deprived? Much of my own anger comes from the fact that my self feels deprived."

When one chooses to express this anger by hosting a pity party, the self-obsession has begun.
Posted by John Piippo at 8:06 AM