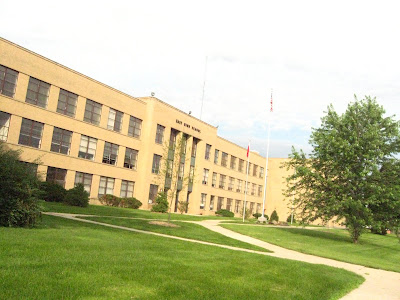 (Rockford East High School, Rockford, Illinois, where I graduated from high school in... 1967!)

"If a writer is so cautious that he never writes anything that cannot be criticized, he will never write anything that can be read. If you want to help other people, you have to make up your mind to write things that some men will condemn." (New Seeds of Contemplation)

It's the same with preaching. The point is not to deliberately write or preach things that are controversial. That's artificial and weird. Just preach the text, within the cultural context the text was heard. This will be enough to upset some people, because it derails their confirmation bias.

The biblical text is not a Rorschach Test asking what you "feel" the text is saying. It's about what the text says, within its original context. A text without a context is just a pretext for what you want it to say.

The original biblical text - as it was heard in context - that's the revolutionary, paradigm-changing Word of God.
Posted by John Piippo at 6:59 AM