Anyone remember the game "Trivial Pursuit?" Christians came out with their own version, called "Bible Trivia." I played both these games. I was not good at either. For at least two reasons.

First, I tend to be slow. When asked a question, I often ruminate on it. The dial in my brain gets set to 'slow cook', and my chin tilts slightly downward while being held in my hand. I am....    thinking....  about this....  question. 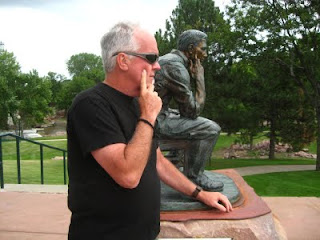 Secondly, I am not very good at remembering and memorizing Bible facts. Like:

Q: "Which of the two dreamers in prison with Joseph was executed?"

Fortunately, my status as a child of God does not depend on answering these kind of questions.

I've had difficulties naming Jesus' 12 disciples. I never took the time to memorize them. I do know that Jesus called twelve to follow him, told them to leave everything for the sake of his kingdom mission, and that none of them had graduate degrees.

I also know - and this is what really interests me - that Jesus "discipled" them, mentored them, to do the things he was doing. This is more important to understand than what their names were. New Testament scholar Richard Bauckham explains:

"By accompanying Jesus at all times, they were to learn from him how to continue his own mission: to heal and to exorcize, to bring the good news of the kingdom to the destitute and the outcasts." (Bauckham, Jesus: A Very Short Introduction, p. 51)

(Pastors - instead of trying to attract people and grow a big church, mentor some disciples. Twelve would be enough.)

When Jesus had called the Twelve together,
he gave them power and authority
to drive out all demons and to cure diseases,
2 and he sent them out to proclaim the kingdom of God
and to heal the sick...
6 So they set out and went from village to village,
proclaiming the good news and healing people everywhere.
(Luke 9:1-2, 6)

I may not remember the names of "the Twelve." I do remember what Jesus mentored them to do. This so impressed me that at Redeemer we changed our mission statement to read:

THE MISSION OF REDEEMER FELLOWSHIP CHURCH IS TO:
HEAL THE SICK
DELIVER THE OPPRESSED
RAISE THE DEAD
and
PROCLAIM THE GOOD NEWS OF JESUS AND HIS KINGDOM

Jesus and his followers came to proclaim the good news, drive out demons, and heal people everywhere.

Praying: Reflections on 40 Years of Solitary Conversations with God
Posted by John Piippo at 8:14 AM