The Fading of the Richard Dawkins Embarrassment 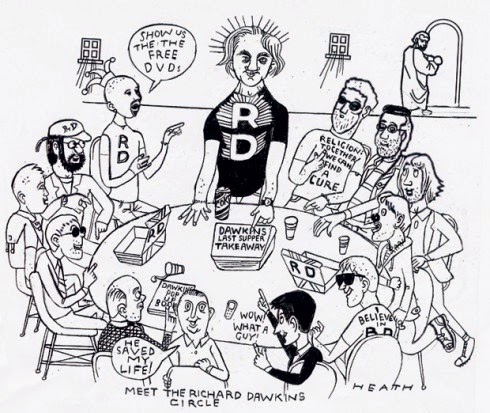 NOTE: I write about this stuff because I teach philosophy, and philosophy of religion. I stay as updated as I can.

From The Spectator - "The Bizarre - and Costly - Cult of Richard Dawkins": "Much of the atheist/humanist/secularist movement is now embarrassed by [Dawkins], and repelled by the zeal of his cult of personality."

"[T]he Richard Dawkins website offers followers the chance to join the ‘Reason Circle’, which, like Dante’s Hell, is arranged in concentric circles. For $85 a month, you get discounts on his merchandise, and the chance to meet ‘Richard Dawkins Foundation for Reason and Science personalities’. Obviously that’s not enough to meet the man himself. For that you pay $210 a month — or $5,000 a year — for the chance to attend an event where he will speak.
When you compare this to the going rate for other charismatic preachers, it does seem on the high side. The Pentecostal evangelist Morris Cerullo, for example, charges only $30 a month to become a member of ‘God’s Victorious Army’, which is bringing ‘healing and deliverance to the world’. And from Cerullo you get free DVDs, not just discounts."
See the article for much more.