Church One and Church Two 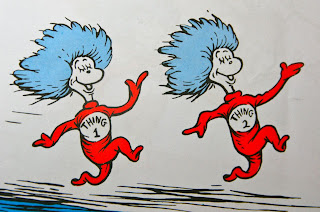 The early church flourished and spread in its first 400 years in the midst of a pagan, often militant anti-Jesus environment. This historical reality causes me to think that America's current post-Christian culture is not only not a threat to authentic Christianity, but may be just what is needed. Real Church thrives in a pagan land; Spectator Church dies as it morphs into paganism.

Behold the failure of the Entertainment Church to capture the hearts of America's youth. For they have seen behind the curtain that opens and closes before them every Sunday morning, and discovered that little of substance is there. They have seen the hypocrisy of parents who "attend church" and expect them to do the same, while not "being church." We have taught them that Church is something to watch and evaluate, not something one is and lives and breathes from. I have taught these young students, hundreds of them, in my philosophy classes for the past 15 years. "Church" is not on the map for many of them.

Therefore, I welcome secularization and paganism, with all its hollowness, with all its non-answers, for its barrenness will inexorably be uncovered in the season of existential despair by all who now embrace it so gleefully. At that point where will they turn? In the intellectual darkness of the post-Christian desert will a light shine?

The brilliant philosopher Leszek Kolakowski, who died in 2009, almost welcomed secularization on the ground that it might free the church to be what it is rather than what it thinks the world wants it to be. (See WSJ's "What Isn't to Be Done," a review of Kolakowski's Is God Happy?) (See also Italian atheist philosopher Marcello Pera's recent call for Europe to return to its Christian heritage, out of necessity - "Marcello Pera On the Moral Necessity of Assuming the Existence of God.")

Today we have two "churches," Church One and Church Two (like Dr. Seuss's Thing One and Thing Two, except the churches are far from identical).

Church One is: what "church" is.

Church Two: what Christians think the world wants "church" to be.

Church One has a solid, core identity; Church Two is constantly morphing, forever adjusting to the cultural winds of change, like a chameleon changes colors according to its surroundings.

Church One is Jesus-adoring and Spirit-following; Church Two is people-pleasing.

Church One is enduring; Church Two is as transient and ungraspable as Buddhism's illusory world.

Church Two: made in America.

Church One: found in, for example, Paul's Letter to the Ephesians. Tolle lege.