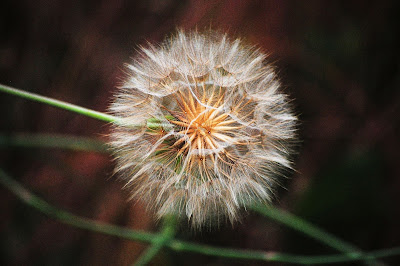 This past Sunday, as a passing note in my sermon, I mentioned that many mathematicians are mathematical Platonists (MP). I picked up this bit of information in reading Jim Holt's excellent Why Does the World Exist?: An Existential Detective Story.

I'd heard of this before. MP is "the metaphysical view that there are abstract mathematical objects whose existence is independent of us and our language, thought, and practices. Just as electrons and planets exist independently of us, so do numbers and sets. And just as statements about electrons and planets are made true or false by the objects with which they are concerned and these objects' perfectly objective properties, so are statements about numbers and sets. Mathematical truths are therefore discovered, not invented." ("Platonism In the Philosophy of Mathematics," Stanford Encyclopedia of Philosophy)

Holt writes that "a majority of contemporary mathematicians (a typical, though disputed, estimate is about two-thirds) believe in a kind of heaven— not a heaven of angels and saints, but one inhabited by the perfect and timeless objects they study: n-dimensional spheres, infinite numbers, the square root of –1, and the like." (Holt, 171)

Who are some MPs?
And, e.g., Sir Roger Penrose, the emeritus Rouse Ball Professor of Mathematics at Oxford. "Penrose is among the most formidable mathematical physicists alive." (Ib., 173) Holt spends this chapter interviewing Penrose. On the brilliance of Penrose: "He has been hailed by fellow physicists, notably Kip Thorne, for bringing higher mathematics back into theoretical physics after a long period in which the two fields had ceased to communicate. In the 1960s, working with Stephen Hawking, Penrose used sophisticated mathematical techniques to prove that the expansion of the universe out of the Big Bang must have been a precise reversal of the collapse of a star into a black hole. In other words, the universe must have begun as a singularity." (Ib.)

These and many other MPs believe that mathematical truths such as '1+1=2' exist objectively and are discovered rather than invented. Amazing! The Stanford Encyclopedia of Philosophy article states that "mathematical platonism has been among the most hotly debated topics in the philosophy of mathematics over the past few decades."

With this we have the belief in a non-physical world. "If it were true, it would put great pressure on the physicalist idea that reality is exhausted by the physical." (SEP)
Posted by John Piippo at 4:44 PM