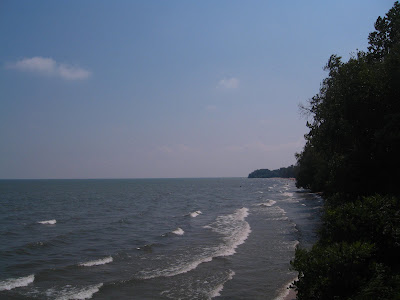 - For my Philosophy of Religion class

Currently I am teaching the Ontological Argument for God's existence.

1) I have an idea of a being a greater than which cannot be thought.

Kant criticizes Anselm's argument by saying that "exists" is not an attribute or predicate... of anything. 20th-century philosopher Norman Malcolm agrees with Kant on this. Kant thinks Anselm's Ontological Argument therefore fails, since Anselm's argument depends on "existence" being an attribute or predicate. Malcolm thinks Kant does not understand that Anselm, elsewhere in the Proslogion, really means, by "existence," "necessary existence." "Necessary existence" = cannot not exist. If something had, as an attribute, necessary existence, that thing could not not exist; or, that thing would have to exist; or that thing would have always existed and will always exist no matter what, just as a triangle will always have three sides no matter what color it is, how long the base is, and so on.

So, according to Malcolm, "necessary existence" seems to be a "real predicate" (which is, according to Kant, a predicate that adds something to the concept of the subject). So Malcolm thinks the Ontological Argument has not been refuted by Kant.
Posted by John Piippo at 8:05 PM