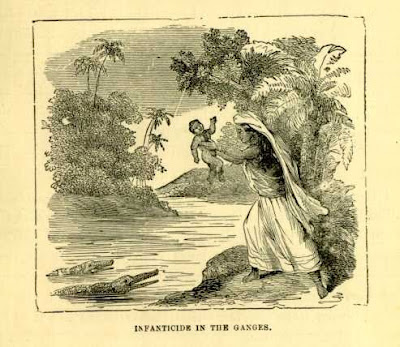 
"Once one recognizes that the scientific evidence establishes that the fetus, no less than the newborn, is a human being, one must logically treat the two the same in assessing the question of their rights and our duties towards them. And so Peter Singer, a leading advocate of abortion and a recent appointee to a distinguished professorial chair of bio-ethics in my own university, argues that infanticide is sometimes morally justifiable and ought, up to a certain point, to be legally permissible. While Singer's views have caused outrage and made his appointment at Princeton controversial, the truth is that he is merely following the logic of a pro-choice position in light of an honest assessment of the scientific facts. He recognizes that "birth" is an arbitrary dividing line when it comes to the humanity and rights of human beings in the early stages of their development. Hence, if abortion is morally justifiable, so is infanticide. Of course, I believe that Singer is tragically wrong in supposing that abortion and infanticide are morally justifiable; but he is right in claiming that either both of these practices are justifiable, or neither can be justified."

***
My recently published book is Praying: Reflections on 40 Years of Solitary Conversations with God.