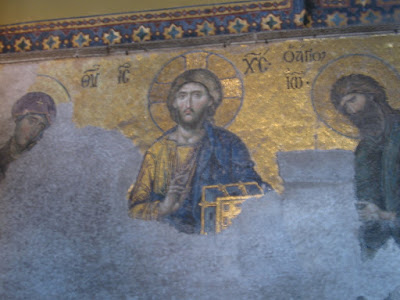 Increasingly, I find myself less and less interested in becoming what many people want to become. I don’t admire what a lot of people seem to admire. I mean this in two ways.
#1 - I’m not interested in becoming what the media says I need to be. And what’s that? It’s someone who has a lot of money, a lot of power over other people, and a lot of sexual experiences. The “big three” of America are money, power, and sex. Regarding money, I have never had a lot of money. Making money has never been my pursuit. I seem to be interested, for the most part, in the things money can’t buy. Like healed and restored people and relationships. I can’t say that I’ve never succumbed to the money-god. But I can say that life’s greatest joys for me have nothing to do with money. Regarding power over other people, I value serving others and getting beneath others rather than standing over them. Again, I can’t say I’ve never served the power-god. But I can say I don’t like it when power-hungry people exercise their authority over me, and this has caused me to not want to be like that towards others. And regarding the quest for multiple and many sexual experiences, I love being married to one women, Linda, for 35 years. There are things to know and experience in a long-term monogamous relationship that cannot be known in, e.g., serial monogamy and multiple sexual “partners.” Add to that the fact that I stood before God, my family, and my friends and vowed to Linda that I would be faithful to her through all the ups-and-downs of life “until death do us part.”
#2 - I’m mostly not interested in becoming what the Christian media says I need to be. By this I mean the glitz, hype, fabricated drama, stage-presence, money-taking & money-making stuff I see. Not all Christian media is like this. But some are, and I don’t want to be like that. Of course it’s not for me to judge who’s real and who’s not. But I’ve seen more than enough of “Christian” tele-people whose lives fall apart because of money, power, and sex. Personally, I am asking God to protect me from all of that, because it ends up destroying a lot of people’s faith.
What would I like to become? Just give me Jesus. The Real Jesus. The Real Jesus of Matthew-Mark-Luke-John. Not the American-TV-”jesus.” Just…. Jesus. Give me the Jesus who tells me to watch out for “money” because Money is like a god. Give me the Jesus who, though He could have had all the earthly power He wanted, rejected all of that when He was tempted in the desert and instead chose to serve and give and love and sacrifice. Give me the Jesus who loved prostitutes and delivered them from sex-trafficking and gave them a life of holiness and dignity.

Jesus is the One I admire. I want to know Him and be like Him.
Posted by John Piippo at 6:52 AM