The Islamification of Western Civilization 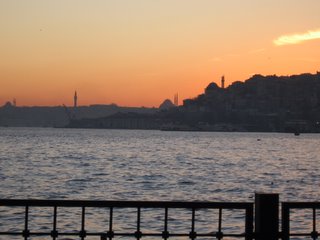 Western civilization as we have known it is at risk. Why? Because Western civilizations are being “Islamified.” Mark Steyn, writing in The New Criterion, puts it this way: “The design flaw of the secular social-democratic state is that it requires a religious-society birth rate to sustain it. Post-Christian hyper-rationalism is, in the objective sense, a lot less rational than Catholicism or Mormonism. Indeed, in its reliance on immigration to ensure its future, the European Union has adopted a twenty-first-century variation on the strategy of the Shakers, who were forbidden from reproducing and thus could only increase their numbers by conversion. The problem is that secondary- impulse societies mistake their weaknesses for strengths—or, at any rate, virtues—and that’s why they’re proving so feeble at dealing with a primal force like Islam.”
Steyn says that when Islamic jihadists try to go toe-to-toe against Western military might they lose. But as they are moving into Europe and America and having more babies than European types, over time they will win the war. Muslims “know they can never win on the battlefield, but they figure there’s an excellent chance they can drag things out until western civilization collapses in on itself and Islam inherits by default.”
Steyn writes: “We’re pretty much awash in resources, but we’re running out of people—the one truly indispensable resource, without which none of the others matter. Russia’s the most obvious example: it’s the largest country on earth, it’s full of natural resources, and yet it’s dying—its population is falling calamitously.”
“The hard data on babies around the western world is that they’re running out a lot faster than the oil is. “Replacement” fertility rate—i.e., the number you need for merely a stable population, not getting any bigger, not getting any smaller—is 2.1 babies per woman. Some countries are well above that: the global fertility leader, Somalia, is 6.91, Niger 6.83, Afghanistan 6.78, Yemen 6.75. Notice what those nations have in common?” The answer is: they are all Muslim countries.
“The world’s people are a lot more Islamic than they were back then and a lot less “western.” Europe is significantly more Islamic, having taken in during that period some 20 million Muslims (officially)—or the equivalents of the populations of four European Union countries (Ireland, Belgium, Denmark, and Estonia). Islam is the fastest-growing religion in the west: in the UK, more Muslims than Christians attend religious services each week.”
“Can these trends continue for another thirty years without having consequences? Europe by the end of this century will be a continent after the neutron bomb: the grand buildings will still be standing but the people who built them will be gone. We are living through a remarkable period: the self-extinction of the races who, for good or ill, shaped the modern world.”
“What will London—or Paris, or Amsterdam—be like in the mid-Thirties? If European politicians make no serious attempt this decade to wean the populace off their unsustainable thirty-five-hour weeks, retirement at sixty, etc., then to keep the present level of pensions and health benefits the EU will need to import so many workers from North Africa and the Middle East that it will be well on its way to majority Muslim by 2035. As things stand, Muslims are already the primary source of population growth in English cities. Can a society become increasingly Islamic in its demographic character without becoming increasingly Islamic in its political character?”
Posted by John Piippo at 3:33 PM