Martin Heidegger - My Fascination, and an Oh-So-Brief Introduction to Being and Time 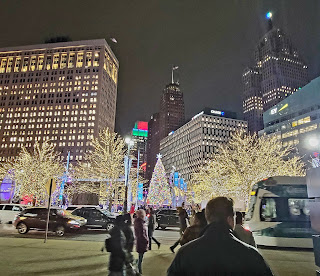 When I was an undergraduate philosophy major at Northern Illinois University, one of my favorite professors was Michael Gelven. Dr. Gelven, to me, was a great teacher. Students who complained about his teaching did not understand the brilliance of what he was doing. I was so influenced that I adopted some of his methods and used them in the philosophy courses I taught at our county community college.

Gelven introduced me to the German philosopher Martin Heidegger. I have often referred to his book A Commentary on Heidegger's Being and Time.

When I attended Northern Baptist Theological Seminary I did an independent study, on Being and Time, with theologian Dr. Tom Finger. (Thank you Dr. Finger!) What a challenging book this was for me. And, in retrospect, how little of it I understood. Yet, I wanted to know more about Heidegger's ontological quest.

While a doctoral student at Northwestern University I took Dr. David Michael Levin's doctoral seminar on one of Heidegger's books. (Poetry, Language, Thought) Dr. Levin's creative Heideggarian approach to teaching at times confused me, and at times motivated me.

Forty-three years have passed since I was in Levin's class. These three professors increased my desire to go after, as much as possible, life's big questions.

I have, periodically, returned to Heidegger studies. My interest in his thinking comes from his captivation by metaphysics and ontology (the study of Being). Here, for my own benefit perhaps more than yours, is a brief (big-time understatement) introduction to Heidegger's ontology, found in Being and Time.

Philosophical metaphysicians, throughout history, have asked questions such as Does the computer screen before me exist?, or Does God exist? Questions like these presume that we know what 'exists' means. (See "Martin Heidegger," Stanford Encyclopedia of Philosophy.) But mostly, such is not the case. Yet that is the question.

Rather than focusing on epistemological questions of the form Does ______ exist?, Heidegger's ontological project is to ask a more fundamental question; viz., what does it mean "to exist?" "This is one way of asking what Heidegger calls the question of the meaning of Being, and Being and Time is an investigation into that question." (Ib.)

In Being and Time Heidegger engages in fundamental ontology. This kind of thinking is precisely what drew me to philosophy as an undergraduate, way back in 1971.