Physicalism as a Faith-Based Religion 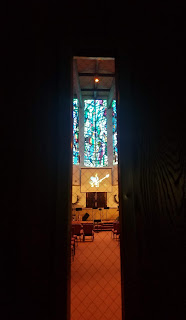 The only kind of atheism worth entertaining logically implies physicalism. But physicalism brings problems to atheism. Physicist Richard Muller, in Now: The Physics of Time, writes:

"The denial of nonphysics, nonmath truths has been named physicalism by philosophers. Physicalism is faith based and has all the trappings of a religion itself."

This is not because of the difficulty of not having enough time to parse everything physically. It is because of the impossibility, in principle, of doing so.

For example, "there are other issues that are real but not in the realm of physics, questions such as, what does the color blue look like?" (Ib.)

"Gödel’s theorem inspires us to wonder about the completeness of physics—not of any particular theory, but of physics itself. Are certain aspects of reality, in addition to those affected by the uncertainty principle, beyond the reach of physics? Once you start thinking along these lines, you discover that many aspects of reality not only are untouched by current physics, but also appear to be untouchable by any future physics advances. One example is evident in the question of what something looks like."