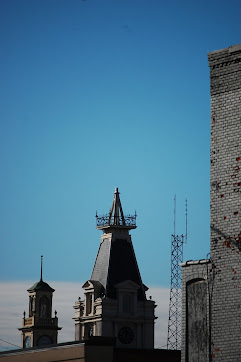 One author I keep coming back to is Dallas Willard. He was a brilliant philosopher (U. of Southern California), a passionate follower of Jesus, who lived a life of a perpetual student who balanced the academic and the experiential. And, what a writer, and what a teacher!

A few months before his death he met with theistic philosopher J. P. Moreland and shared the four key concerns that drove him in life. Here they are. (From Gary Moon, Becoming Dallas Willard: The Formation of a Philosopher, Teacher, and Christ Follower.)

Willard "believed there is one mind-independent world “out there,” and it and the entities within it are what they are independent of our thinking about them. That means that invisible things such as soul, spirit, the Trinity, and the kingdom of God are as much a part of reality as apples, chairs, and snowflakes. This idea formed much of the background to his book The Divine Conspiracy." (Moon)

For Willard, "the intentionality of the mind places it in direct contact with its various objects of attention. Nothing stands between the knowing subject and items of knowledge in cases of direct awareness. Which means that it is possible to interact with realities such as the Holy Trinity in such a way that knowledge can be obtained and new habit patterns established. This truth stands behind Dallas’s books The Spirit of the Disciplines and Hearing God." (Ib.)

Moon writes that Willard "was committed to the idea that our view of the nature and practice of formative beliefs and exercises should flow as naturally as possible from our view of the human person. He deeply believed in the need for the development of comprehensive, sophisticated, integrative models of the person. In other words, human beings are uniquely designed to experience God. His best work in this area is fleshed out in his book Renovation of the Heart."

"Finally, Dallas believed that spiritually formative Christian practices produce results that are objectively testable. He was deeply concerned to establish Christian spiritual formation and its practices as items of genuine knowledge. In short, spiritual formation could—and should—be measurable and have a place in the university alongside other domains of public knowledge. His book that begins to address this concern is Knowing Christ Today."

Moon says "a case can be made that all of Dallas’s Christian writing is built around these four critical concepts—concepts that meant so much to Dallas that he felt it imperative to pass them on—and that each of his Christian books is an attempt to elucidate one or more of those core ideas." (Moon, pp. 193-194)

Leading the Presence-Driven Church
Encounters with the Holy Spirit (co-edited with Janice Trigg)
Deconstructing Progressive Christianity
31 Letters to the Church on Discipleship
Posted by John Piippo at 8:50 AM