She (by Lora Sue Hauser) 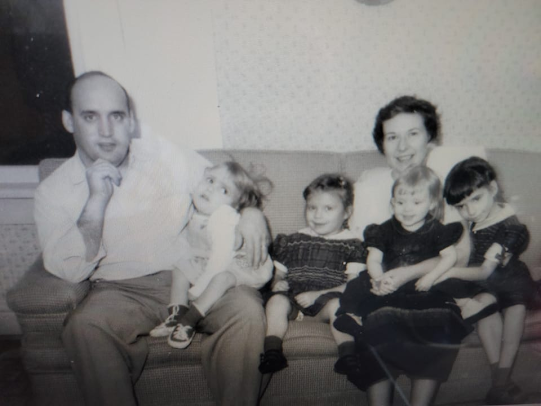 She was a single parent, not by choice. She delivered her very sick baby alone, except for the nuns. Her husband was serving in the war. It was 1943. Her husband came home on leave, found out that he had a “less than perfect” baby, abused his wife and chose never to come home from the war. They were divorced.

She was very alone. The doctor said that this baby girl would not live past age 12. She moved up to northern Illinois with her baby.

She first saw her second husband in uniform. He was an angry Marine that just finished serving. He hated the military but beneath that rough exterior was a tender heart. He fell in love with the women and her disabled little girl. He taught the child to walk – at age five. He never looked back.

They had a second baby – a normal little girl. Then another pregnancy. This time, the third baby had very serious problems. She would remain an infant all her life. Two out of three girls with great needs. Two out of two adults with even greater needs. The pressure was immense. There was no money, no support, rising medical bills. The care of these three babies became overwhelming. Almost no one could handle the seizures, the feedings, the therapy, the sadness. The doctors said, “No more children.”

The young family needed to start over. They chose Florida with the hopes of starting a small restaurant with a friend. They packed all that they owned inside, and on top of, an old station wagon and headed south.

After a few unsuccessful weeks, and hope was replaced by despair, an old Presbyterian woman walked next door and shared the gospel of Jesus with the man. The man responded with full abandon to the love of God, and his wife, and this suffering young family would never be the same.

Then the unthinkable . . . another pregnancy. How could this be they thought? How could God? How could we? Fear and questions shadowed their new-found faith. They moved back to Illinois again; to the familiar, to the failure. What should we do? How could we possibly cope with another special child? Who is there to help us? They prayed, they cried, they sought the very heart of God. They asked the hardest question of all – should they abort?

They had only been Jesus Followers such a short time. Surely abortion sounded like the most merciful thing but as they looked at their three precious girls, the truth of God’s Word penetrated their thinking, conforming their minds to His. Didn’t this new baby have a right to life? Is this life worth less? Isn’t it true that God causes ALL THINGS to work for the good for those that love Him and are called to his purpose? They did love God. They were called to His purposes. They decided not to abort. 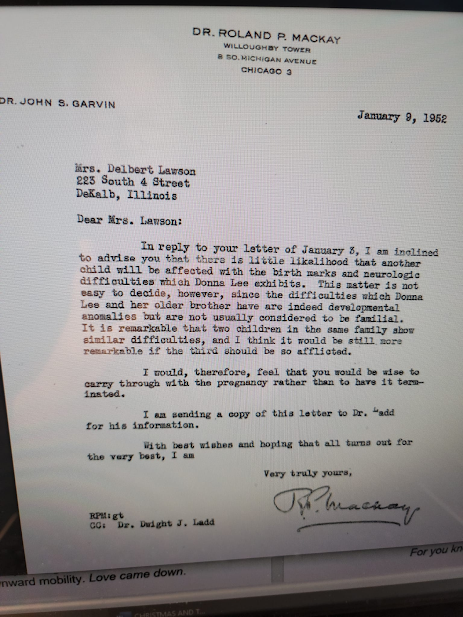