A Miracle In My Family 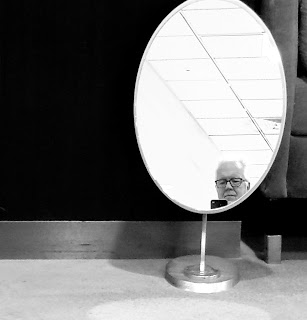 When I was a boy in Rockford, Illinois, we had a black and white TV. My father put an antenna on the roof of our house. It picked up three stations. Sometimes, when we wanted to watch a show and it was not coming in, dad would get the ladder, climb on the roof, and turn the antenna to get better reception. From inside the house we would yell things like, "No, that's worse!" Or, "There - that's good!"

One show mom and dad liked watching was "Oral Roberts and You." Roberts was a Pentecostal preacher who claimed to have a gift of healing. Sometimes I watched with them. I can still hear the voice of Roberts as he commanded people to "Be healed!" It seemed like power shot through Roberts's fingers, and people said they felt it. They cried as they were healed.
We were Finnish Lutherans. We don’t cry a lot. We laugh occasionally. We are introverts. We tire of drama. And, we were not exposed to biblical ideas like healing, and deliverance, and words of prophecy, and power. This is unfortunate, since Jesus tells us that the kingdom of God is not about talk, but about power. On one level this concept posed no problem for our
family, since introverts didn’t talk. But power? What can that mean? Finnish Lutherans did sing hymns, like "All Hail the Power of Jesus Name," and my favorite, "A Mighty Fortress Is Our God." Imagine a sanctuary of introverts singing the words “power” and “mighty.” I remember thinking that Martin Luther must have believed in a great God to write a song like that!
And then it happened.
My grandmother was healed of cancer.
Grandma lived with us six months out of every year when we were growing up. She was four-foot-ten. So was her hair, which she never had
cut. My mother used to braid it for her. I witnessed my Finnish grandmother laugh. I also remember her scowl, when I did something she didn’t like. I think grandma scowled more than she laughed.
When she was in her mid-80s grandma was diagnosed with breast cancer. She decided not to have it medically treated. She was ready to be with Jesus. The cancerous tumors in her breasts were growing, and hard. My mother used to bathe her, and visually saw and physically felt them. It was not looking good for grandma. She was going to die. She had lived a long life, and was ready to leave this world for a better one. She even bought the dress she wanted to be buried in.
When Grandma had spent what we assumed would be her last six months in our home, she went to live with relatives in Michigan's Upper Peninsula. One day our relative called my mother. She said that, while bathing Grandma, she noticed the tumors were not there. Seriously. My mother could not believe this, yet wanted to believe it. Mom traveled 400 miles to visually inspect Grandma and confirm it. The tumors were gone!
Grandma lived twelve more years. She bought three more dresses to be buried in. She died at age ninety-seven. What happened? How can we explain this? I, my mother, and grandma concluded two things:
- Grandma once was cancer-filled, and then one day the cancer was gone.
- God healed Grandma.
From Piippo, John. Deconstructing Progressive Christianity.
Posted by John Piippo at 9:47 PM