Progressive Christianity is a different kind of religion. I show this in my new book, which is now available in both paperback and for Kindle. 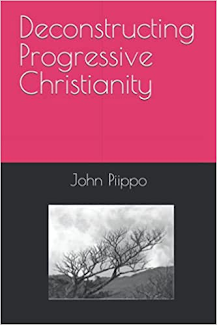 1. Introduction: What Is Progressive Christianity?

3. The Roots of Progressive Christianity: Postmodernism

4. Are Beliefs Less Important than Behaviors?

5. At the Same Table, but Not on the Same Page

8. Is the Atonement “Cosmic Child Abuse?”

9. Was Jesus Really Raised from the Dead?

10. What About the Supernatural?

11. The Battle for the Authority of the Bible

12. Marriage is Between and a Man and a Woman

13. The Myth of Progress

NOTES AND RESOURCES FOR FURTHER STUDY