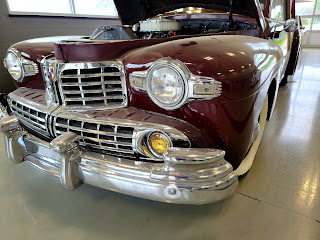 I recommend, once again, for those who believe that, as much as possible, all sides ought to be studied before making evaluations, Cynical Theories: How Activist Scholarship Made Everything About Race, Gender, and Identity - And Why This Harms Everybody. Written by Helen Pluckrose and James Lindsay, who are, BTW, atheists (I mention this because of the vast proliferation of all who worship the genetic fallacy).

Postmodernism, they argue, especially dominates certain ideologies, in its intentionality, to the relative exclusion of other ideologies. "Theory" is one of them. (Not all metanarratives are embraced equally.)

"That is what we set out to provide in this book: a guide to the language and customs that are presently widely promoted under the pleasant-sounding moniker “Social Justice.” We are fluent in both the language and culture of Social Justice scholarship and activism, and we plan to guide our readers through this alien world, charting the evolution of these ideas from their origins fifty years ago right up to the present day.

"We begin in the late 1960s, when the group of theoretical concepts clustered around the nature of knowledge, power, and language that came to be known as postmodernism emerged from within several humanities disciplines at once. At its core, postmodernism rejected what it calls metanarratives—broad, cohesive explanations of the world and society. It rejected Christianity and Marxism. It also rejected science, reason, and the pillars of post-Enlightenment Western Democracy. Postmodern ideas have shaped what has since mostly been called Theory—the entity which is, in some sense, the protagonist of this book. In our view, it is crucial to understand the development of Theory from the 1960s until the present day if we are to come to terms with and correct for the rapid shifts we have been experiencing in society ever since its inception, and especially since 2010. Of note, throughout this book, Theory (and related words, such as Theorist and Theoretical) with a capital T will refer to the approach to social philosophy that stems from postmodernism."

Which means, postmodernism is itself a metanarrative, as is Theory. Pluckrose and Lindsay brilliantly bring this out.

Or...   https://quillette.com/2020/07/20/the-truth-according-to-social-justice-a-review-of-cynical-theories/  ("What Cynical Theories expresses is not a paranoid state of mind. It is a genuine concern about the threat that social justice activism, identity politics, and the legacy of postmodernism poses to Enlightenment liberalism and the belief that “disagreement and debate [are] means to getting at the truth.” The book explains how we have arrived at a state in which social justice scholarship treats the principles and themes of postmodernism as The Truth, where no dissent is tolerated, and anyone who disagrees must be cancelled.")