One Way Humanity Is Not Progressing, But Regressing 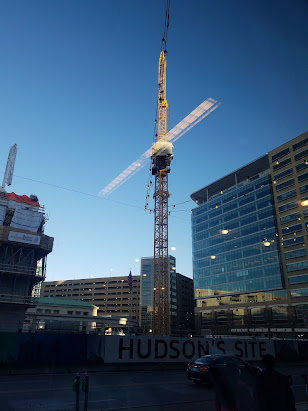 In 1977 I taught a course on prayer, to Master's students at Northern Baptist Theological Seminary. Since then I have taught countless seminary classes, seminars, and conferences on praying and spiritual formation.

Almost anyone who has done likewise admits that, in spite of all that technology has given us, tech-saturated humanity has spiritually regressed. Call this 'regressive', and 'regressivism'.

Here's a quote from Thomas Merton that confirms spiritual and moral regressivism.

"Though man has acquired the power to do almost anything, he has at the same time lost the ability to orient his life toward a spiritual goal by the things he does. He has lost all conviction that he knows where he is going and what he is doing, unless he can manage to plunge into some collective delusion ['progressivism'?] which promises happiness (sometime in the future) to those who will have learned to use the implements he has discovered." [Progressivism as a utopian myth?]

Further corroboration of regressivism can be found in Sherry Turkle (Reclaiming Conversation), and Greg Lukionoff and Johnathan Haidt (The Coddling of the American Mind).

I subscribe to The Chronicle of Higher Education. Regressivist concerns are regularly expressed there.

One can consider Orwell's 1984 and Huxley's Brave New World can be seen to support, not moral progressivism, but moral regressivism, in spite of technological advances, which are utilized by morally regressive humans.