Are There Many Moral "Flavors" Out There? 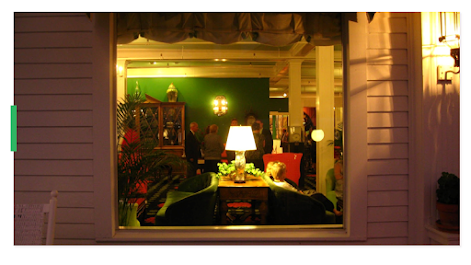 In a recent series of email exchanges with someone, we were discussing morality, where it comes from, and how can we know 'right' and 'wrong', 'good' and 'evil'. My interlocutor showed his cards when he told me, "There are many flavors of morality out there."

I responded, "You are a moral relativist."

Truly, there are only a few types of ethical theories. (See here.) They include emotivism, deontology (Kant) virtue ethics, utilitarianism, divine command theory, and relativism. Emotivism can be seen as a subset of relativism. Utilitarianism can be seen as corporate subjective relativism. And, we might add metaphysical naturalism (atheism), which simply and logically concludes that morality does not exist. (Nietzsche, e.g.)

So, the belief that there are "many moral flavors out there" presents distinctions without a difference. And, when it comes to moral relativism, it can be seen as inadequate in two ways: 1) it is non-sensical because of what it must allow, and 2) it is self-contradictory. (The self-contradictory part doesn't bother a postmodernist, who rejects all ideas of objective truth, as an act of faith. On this see, e.g., Cynical Theories: How Activist Scholarship Made Everything About Race, Gender, and Identity, and Why this Harms Everybody - written, BTW, by two atheists, and applauded by atheists Stephen Pinker and Richard Dawkins.)

In teaching Logic for seventeen years at Monroe County Community College, one of the textbooks I used was The Power of Critical Thinking, by (atheist) Lewis Vaughn. Vaughn has an anti-postmodernist section on relativism. (Postmoderns tend to revile logic, even though they use it all the time to defend their positions. Supposedly, this is "progressive.") I now quote, extensively, from that section. Pay attention, all you are interested in truth, as Vaughn writes:

"The idea that truth depends on what someone believes is call subjective relativism, and if you accept this notion or use it to try to support a claim, you're said to commit the subjectivist fallacy. This view says that truth depends not on the way things are, but solely on what someone believes. Truth, in other words, is relative to persons. [The same applies to social relativism; viz., that truth is relative to societies. See Vaughn, p. 45.) Truth is a matter of what a person believes - not a matter of how the world is. [Which is, BTW, what science is about, and why real scientists reject postmodern relativist thinking; hence, e.g., Pinker and Dawkins.] This means that a proposition can be true for one person, but not for another. [Or, for one culture, but not for another.] If you believe that dogs can fly, then it is true (for you) that dogs can fly. If someone else believes that dogs cannot fly, then it is true (for him) that dogs cannot fly.

You've probably encountered subjective relativism [= "many flavors out there"] more often than you realize. You may have heard someone (maybe even yourself!) say, "This is my truth, and that's your truth," or, "This statement is true for me." ...

These same philosophers would probably be quick to point out that some objective truths are about our subjective states or processes. It might be true, for example, that you are feeling pain right now. But if so, the claim that you are feeling pain right now is an objective truth about your subjective state....  [Or], you may like ice cream, but someone else may not. But the truth about these states of affairs is not relative...

Many philosophers have (through the use of critical thinking) uncovered some odd implications that seem to render the view implausible. First, they point out that if we could make a statement true just by believing it to be true, we would be infallible. We could not possibly be in error about anything that we sincerely believed. We could never be mistaken about where we parked the car or what we said about jelly beans or what some general said about carpet bombing. Personal infallibility is, of course, absurd, and this possibility seems to weigh heavily against subjective relativism.

1. There are many moral flavors out there.

3. The belief that there are many moral flavors out there claims to be objectively true. (Elsewise, statement one is false.)

4. But statement 1 is but one flavor (belief) about morality.

5. Therefore, statement 1 is not objectively true. Which is self-contradictory.