I Am Not a Marxist (and Know Why) 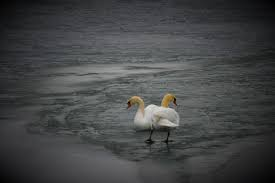 I am not a Marxist.

No one, as of yet, has accused me of being a Marxist.

I'm being cautious here. Because, in these times of heightened irrationality and jumping to unwarranted conclusions, someone, somewhere, will read my first sentence and post, on social media, that I am a Marxist.

Once again, I am not.

The term 'Marxism' is being used today, a lot. I am convinced that the great majority of persons who use this term do not know what it means. That is, if you could get a group of people together in a coffee shop. Sit them down. Drink some coffee. Let's say some of them claim affinity with Marxism, while others despise Marxism. Then, have them put their laptops and cell phones away. This is so they cannot google the answer to the question you are going to ask them. At this point, some will appear to have lost their mind.

The question you put to each of them is this. "On a piece of paper, answer the question 'What is Marxism?"" Most will be unable to answer this. Even though they claim to be either for it, or against it. If that is true, doesn't it strike you as odd? It would be like your doctor telling you that you have a ventricular septal defect. You ask your doctor, "What is that?" Your doctor replies, "I don't know. Let me google it."

As a philosophy professor, I have done this kind of exercise with many students over decades. Not just with 'Marxism,' but with an assortment of hot-button terms. Like 'postmodernism.'

In 1977 my seminary theology professor asked me to teach a seminary class on contemporary views of man (personhood). I accepted. I presented a biblical view of humanity, after teaching philosophies such as postmodernism and, yes, Marxism. (Note: just because I taught the Marxist view of humanity does not mean I am a Marxist.)

Thus began decades of studying, on and off, the competing philosophical anthropologies. This has proven valuable to me, since, arguably, the issue of personal identity is the issue of the day. I have read a stack of books and articles on the matter of human identity. I have taught on this issue. And, I embrace the beauty and supremacy of the Christian understanding of personhood.

I am not a Marxist.

Do you understand just what I am here denying? Without googling it? Maybe. Here I give you the benefit of my doubt.

As for me, as best I can, I keep studying. And, I google things I don't know about or don't understand. I recently finished Eric Fromm's Marx's Concept of Man. Here's an example from Fromm, quoting Marx.

"Marx described his own historical method very succinctly: “The way in which men produce their means of subsistence depends first of all on the nature of the actual means they find in existence and have to reproduce. This mode of production must not be considered simply as being the reproduction of the physical existence of the individuals. Rather, it is a definite form of activity of these individuals, a definite form of expressing their life, a definite mode of life on their part. As individuals express their life, so they are. What they are, therefore, coincides with their production, both with what they produce and with how they produce. The nature of individuals thus depends on the material conditions determining their production.”

If you understand this, then perhaps you can see why (I say again) I am not a Marxist.

It seems important to first understand, and only after understanding, to evaluate. Some of you are students. I now encourage you to become students of what you are either affirming or denying. This will mean going slow. It will mean refraining from speaking on a subject that you don't yet adequately understand. It will mean, when you're discussing some hot topic, you may say, humbly, "I don't know enough yet to speak on that."

As for those who think they understand Marxism, Fromm is pessimistic. He writes:

"It is one of the peculiar ironies of history that there are no limits to the misunderstanding and distortion of theories, even in an age when there is unlimited access to the sources; there is no more drastic example of this phenomenon than what has happened to the theory of Karl Marx in the last few decades. There is continuous reference to Marx and to Marxism in the press, in the speeches of politicians, in books and articles written by respectable social scientists and philosophers; yet with few exceptions, it seems that the politicians and newspapermen have never as much as glanced at a line written by Marx, and that the social scientists are satisfied with a minimal knowledge of Marx. Apparently they feel safe in acting as experts in this field, since nobody with power and status in the social-research empire challenges their ignorant statements." (Fromm wrote these words in 1961.)

If this post interests you and you want more, you must read Tom Nichols, The Death of Expertise.

Plus, I recently googled "best ways to bake a potato in the oven." Because I did not know (we always microwave baked potatoes). After I just wrote that sentence, I googled 'plural form of potato'. Is it with an 'e', or without an 'e'. Because I was uncertain.