Are Children More Mature than Their Age? 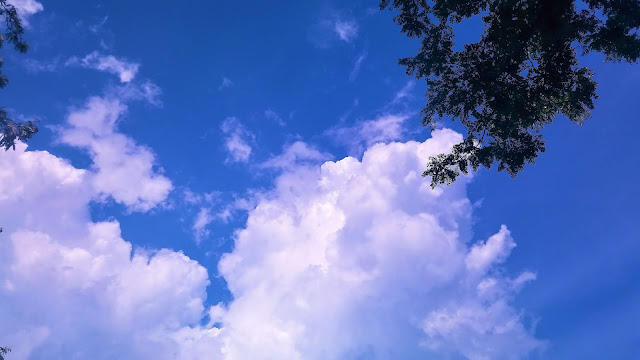 (When I was a youth pastor a parent approached me with their idea that their teen was more mature than their age. What did I think about that? Here is my response. And, BTW, their teen child was a great blessing to me and our youth ministry.)

I have met, through the years, parents who think their kid is more mature than their age. They are wrong. Their false belief will likely harm their child.

In premarital counseling I tell young adult couples that I view them as knowing little or nothing about marriage. Why should they? Linda and I are in year 46 of marriage and we're still learning and growing. We would not think of saying we've reached full marital maturity. We have not yet gone through old age together. We could read books on what this will be like, but book-reading does not translate into life experience and growth. If we're given the chance at another 20 years together, hopefully we'll be closer to being mature than we are now.

Are some 18-year-olds more intelligent than some 50-year-olds? Of course. But intelligence is not maturity. It is a common mistake to confuse the two. Parents - do not do this!

Do some 50-year-olds act like 14-year-olds, or less? Of course. They have not matured beyond, say, 14 years (or even less). It's possible for maturational growth to be stunted. Remember how Jesus talked, in Luke 8:14, about the seed that fell among thorns [that] stands for those who hear, but as they go on their way they are choked by life’s worries, riches and pleasures, and they do not mature [Greek teles phorousin]."

It's not possible for people to mature beyond their years. I think, generally and for the most part, this is true.

So, what is this thing called "maturity?" It is not about intellect or physical stature, but about emotional responses, character, and righteousness. Let's define "maturity" from a Jesus point of view as: having achieved one's spiritual purpose.

The biblical Greek word for "mature" is telos. Telos is an agricultural term. Apply it, for example, to fruit. When fruit is mature it is ready to be picked and eaten. Let's say, e.g., that it takes 5 months for an apple blossom to reach the full maturity that is a ready-to-eat apple. At three months old, is the apple mature? Of course not. It cannot be.

There are developmental stages of relative maturity. Remember that the telos- point is: ready-to-eat. Think of how Paul talks about that future day when we all reach unity in the faith and in the knowledge of the Son of God and become mature [Greek teleion], attaining to the whole measure of the fullness of Christ. (Ephesians 4:13) Here maturity is a "becoming thing."

Maturity cannot be nuked. It cannot be microwaved. Maturing requires time. Slow maturational growth is best, and produces the most lasting results. Parents - do not treat your child as more mature than their age. You will not be doing them a favor if you do that. If you treat them that way, probably that's about you and your need to be viewed as a good parent. Likely it's a pride or shame thing, in you. Maybe you are living vicariously through your children, which is never a good thing to do.

I'm thinking of Garrison Keillor's famous statement about life in the fictional town of "Lake Wobegone" - the town where "all the women are strong, all the men are good looking, and all the children are above average." The "Lake Wobegon Effect." a natural human tendency to overestimate one's capabilities, is named after the town. Maturationally, it's not only OK for your children to be average, it's wonderful, and you're probably doing a good parenting job.

The wise and loving parent will understand this, and mentor their child. Their effectiveness will depend on their own maturational level. If their own spiritual and emotional maturity has been halted at 14 years, then we have one child raising another child.

Physical and intellectual growth do not equal spiritual and emotional growth. Haven't we all seen adolescent emotions in an older, adult body and mind?

Note, finally, the developmental quality of two verses on maturity.

By the Spirit, as we abide in Christ, Christ is formed in us. The formation of Christ in us is a function of our abiding time. Maturity is the fruit of persevering in the right direction (with the correct telos as one's guiding star). Parents will do well to:

1) abide in Jesus themselves; and

2) mentor their children to do the same.

So as to attain the full measure of Christ, which is maturity.
Posted by John Piippo at 4:26 PM