Sermon Notes - Forgiveness as a Gateway to Healing 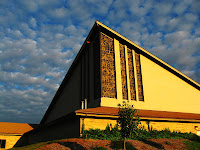 Especially for my Redeemer family - These are some of my notes and quotes from this morning's sermon - "Healing and the Atonement - Forgiveness As a Gateway to Healing."

Plus - some of the resources I quoted from are at the end of the notes.

Today…   Forgiveness is a gateway to physical and inner healing.
The one point I am going to make: forgiveness of sins and healing go together.
***
A REMINDER - The Comprehensive Nature of the Atonement.
1 Peter 2:24 - “He himself bore our sins” in his body on the cross, so that we might die to sins and live for righteousness; “by his wounds you have been healed.”
The Message - His wounds became your healing.
How wide is the healing?
I think…   it is for everything on heaven and earth that needs to be healed.
The need for healing is comprehensive.
Isa. 1:5-7
Your whole head is injured,
your whole heart afflicted.
6 From the sole of your foot to the top of your head
there is no soundness—
only wounds and welts
and open sores,
not cleansed or bandaged
or soothed with olive oil.
7 Your country is desolate,
your cities burned with fire;
your fields are being stripped by foreigners
right before you,
laid waste as when overthrown by strangers.
So… a whole lot of healing is needed.
Healing of nations. Healing of cities.
Healing of the creation.
Healing of persons, from their head to their toe…
…  of physical bodies…,   healing of hearts…
… healing on the outside, and on the inside…
…  healing and restoration of the soul…

What has God done about this? Well…   that’s 1 Peter 2:24.
God has provided healing once and for all through the Son’s atonement, which begins with God the Father sending the anointed One
…  (Jesus the Christ)…
… to preach good news to the poor…
… to proclaim freedom for the prisoners
and recovery of sight for the blind,
to release the oppressed,
to proclaim the year of the Lord’s favor. (Lk 4:18-19; Is 61: 1)

THIS IS WONDERFUL…   but it’s not wonderful to Satan.
This is where the battleground is… a battleground over our souls, our minds, our bodies, our families, our communities, our nations…
Unfortunately, there are hindrances to our healing.
We’ve talked about things that hinder the comprehensive healing that is in the atonement.
Cessationism…   Dualism…   Naturalism…  Hierarchism

This morning…   something else – a different sort of thing – that comes against comprehensive healing.
UNFORGIVENESS
Unforgiveness affects us physically.
I know this from experience.
King David knew it from experience – Ps. 32
When I did not confess my sins, I was worn out from crying all day long. Day and night you punished me, LORD; my strength was completely drained, as moisture is dried up by the summer heat. Then I confessed my sins to you; I did not conceal my wrongdoings. I decided to confess them to you, and you forgave all my sins (Ps. 32: 3-5).
One of God’s rules of the universe… is that unconfessed, unrepented, undealt-with sin… puts people in captivity…
…their hearts… in their souls…  even affecting their physical bodies.

That’s what is going on in Matthew 9 – the healing of the paralyzed man
Walter Brueggemann  – “This story is a specific instance where two major features of Jesus’ ministry come together – forgiveness and healing.”
Jesus stepped into a boat, crossed over and came to his own town. 2 Some men brought to him a paralyzed man, lying on a mat. When Jesus saw their faith, he said to the man, “Take heart, son; your sins are forgiven.”
This paralyzed man…   his sickness is related to his unforgiven sin.
Not every sickness is caused by sin.
But surely are.
Unforgiveness is not good for us… physically or emotionally.
Jesus said to the paralyzed man, “Get up, take your mat and go home.” 7 Then the man got up and went home. 8 When the crowd saw this, they were filled with awe; and they praised God, who had given such authority to man.
Jesus healed this man to show that He, the Son of Man, has the authority to forgive sins.
If He could heal the disease, He could also heal the cause of the disease, the sin.

In Ps. 103:3 we see a connection between forgiveness and healing.
"He forgives all my sins and heals all my diseases.”

John Arnott – “When people forgive themselves and others, powerful emotional healing comes to them as they step into the grace and mercy of God. As we pray for emotional healing, it is common to see
wonderful physical healings taking place in the wake of forgiveness.”

Charles Kraft - I can’t estimate the large number of people, for whom I have prayed, that have received emotional, physical or spiritual healing almost immediately when unforgiveness was dealt with.
On several occasions, people have come to me with extreme tightness and pain across their shoulders. But when they forgave the person they were angry at, the symptoms left immediately.
One woman’s whole personality and outlook on life changed when she gave up her unforgiveness toward scores of people against whom she held bitterness.

Kraft - Unforgiveness is the most frequent block to freedom, and the cause of much difficulty for those who come for ministry. The habit of holding things against self, others or God results in the unforgiving person being bound up in captivity to the Enemy. This is why Jesus had so much to say about the necessity of forgiving.
David Seamands calls forgiveness “the most therapeutic fact in all of life.”

Why does Jesus command us to forgive one another, just as we have been forgiven?
Forgiveness can restore relationships.
It will release others from their indebtedness to us.
It brings healing to us.

What Forgiveness is not

Forgiveness is a personal transaction that releases the one offended from the offense.

E.g. – Leannda (Chelsie) Bruck
She gave the convicted murderer who killed her youngest daughter a Bible and although she will never forget the tragic events these past few years, Leannda Bruck said in court that she has forgiven Daniel Clay.
“Today with the strength of Jesus Christ, I forgive Daniel Clay, because if I don’t, all that has happened the last 2 and three-quarters years will destroy the rest of my life,” she said.
“I do not want my Lord to ask why I could not offer forgiveness to Mr. Clay.”
I do not want the rest of my life to be destroyed.
Sin is its own punishment because it eats us up from the inside.
It is not God’s joy to punish us for our sin; it is His joy to cure it.

“Shack” video - https://www.youtube.com/watch?v=r015pNKCygQ
Mack was raised in an abusive home, where his father, a very religious man, beat him severely many times.
There is a scene… where Mack gets a wider vision of heaven as thousands of souls appear pear in a meadow at night.
They look to Mack like multicolored lights.
And he sees angels and other heavenly beings, including a majestic Jesus.
During this event (whether vision or reality) Mack encounters his abusive father and they embrace tearfully.
Mack forgives his father just as the heavenly Father has forgiven him.
Apparently, at some point Mack's father accepted God's forgiveness, because he is among the heavenly host.