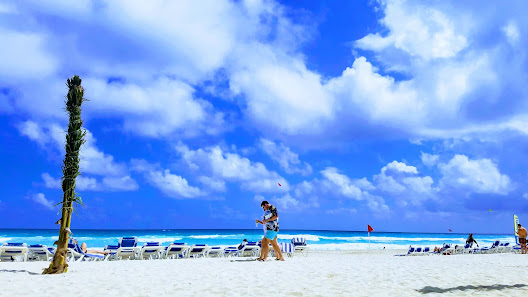 (Cancun)
David Hume's famous "naturalistic fallacy" is: one can't derive a moral conclusion from a non-moral premise (See Burton Porter, Deity and Morality: With Regard to the Naturalistic Fallacy). Assuming this to be true, it follows that scientific facts contain no claim of inference to moral facts. Science says nothing about morality.
A scientific fact can serve as a premise in a moral argument (an argument that concludes with a moral fact), but a scientific fact on its own cannot conclude with a moral fact. (On this see Lewis Vaughn's chapter on applying logic to moral reasoning in his The Power of Critical Thinking, which I taught to my Logic students.)
If one believes there are moral truths (moral facts; i.e. moral statements/propositions), then one must admit that science does not explain everything (as scientistic persons claim). Or, if science explains everything, then there are no moral facts. On this reasoning it would be absurd to make moral judgments such as Racism is wrong. Indeed, some physicalist ethicists affirm that moral facts are nonexistent. (Cmp. the intrinsic absurdity of, e.g., the moral outrage of a Richard Dawkins against religious people.)
If a scientistic person (viz., one who makes the non-scientific and faith-based circular claim "All facts are physical facts") argues that evolutionary theory exhaustively explains moral truths, they have committed the genetic fallacy.

If one believes moral truths exist (such as Racism is wrong), then one is philosophically indebted to the following: Non-physical facts exist. The question of the ontological status of nonphysical facts then arises. On this see, e.g., Beyond the Control of God?: Six Views on The Problem of God and Abstract Objects, Paul Gould ed.
Posted by John Piippo at 7:49 PM