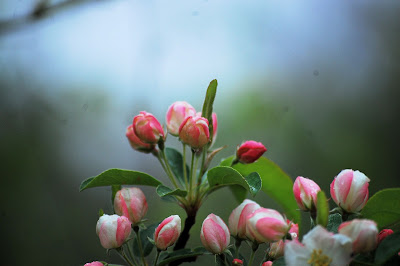 William Lane Craig, in his book Hard Questions, Real Answers, has a chapter on "Homosexuality." He gives the reasoning of Christian theism. Which is:

Of course if someone denies that God exists, then this reasoning utterly fails. I'll add that, on atheism, objective moral values don't exist either. (I've made too many posts on this, using the reasoning of atheists themselves.) I'm with Bill as he explains:

"If God does not exist, right and wrong do not exist either. Anything goes, including homosexuality. So one of the best ways to defend the legitimacy of the homosexual lifestyle is to become an atheist. But the problem is that many defenders of homosexuality don’t want to become atheists. In particular, they do want to affirm that right and wrong exist. So you hear them making moral judgments all the time, for example: “It is wrong to discriminate against homosexuals.” And these moral judgments aren’t meant to be just relative to a culture or society. They would condemn a society like Nazi Germany which threw homosexuals into concentration camps, along with Jews and other undesirables. When Colorado passed an amendment prohibiting special rights for homosexuals, Barbara Streisand called for a boycott of the state, saying that the state’s moral climate had become “unacceptable.” But we’ve seen that these kinds of value judgments cannot be meaningfully made unless God exists. If God does not exist, anything goes, including discrimination and persecution of homosexuals." (p. 132).

For those who believe in the God of Judeo-Christian theism, premise 1 (P1) is noncontroversial.

I believe P3 is true. For a defense of this see, e.g., Robert Gagnon's essay in Homosexuality and the Bible: Two Views. See also Craig, pp. 135 ff. And note that the question is not "Does God forbid homsexality?" The question is: "Does God forbid homosexual behavior?" After giving his support for P3, Craig concludes: "the Bible clearly and consistently forbids homosexual activity. So if God’s will is expressed in the Bible, it follows that homosexual behavior is against God’s will." (p. 138)

The question this remains: is P2 true? Again, for the non-Christian, it is not. Of course. Just as many statements in alternative noetic frameworks are false for me, as a Christian theist. But how can we defend P2? Craig responds:

"You could try to show that God has revealed Himself in the Bible. This is the task of Christian apologetics. You could talk about the evidence for the resurrection of Jesus or fulfilled prophecy. Scripture actually commands us as believers to have such a defense ready to share with anyone who should ask us about why we believe as we do (1 Pet. 3:15)." (139) I'll add N.T. Wright's The Last Word on the Bible as Grand Narrative as representative of the kind of reasoning that causes me to affirm P2.

The Christian theist, on the other hand, will affirm P3.