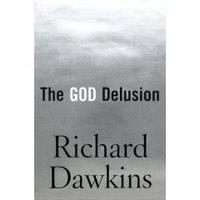 Dawkins, in ch. 2 of GD, talks about America's founding fathers. Dawkins is correct in stating that many of them were deists. But then he writes: "Certainly their writings on religion in their own time leave me in no doubt that most of them would be atheists in our own."

But this is anachronistic reasoning. Now I am thinking that this is the same thing that Dawkins did with Einstein, trying to get Einstein into his circle of believers. In this case Dawkins recruits the founding fathers as kindred thinkers just like him.

Dawkins thinks himself "rational." So, is this what he means by "rationality?"

Or perhaps [:)] ... Dawkins is afflicted with anachronistic displacement, "a psychological condition referring to an obsessive or dysfunctional belief or claim that a person "belongs" or should properly exist in another time period"?

I know that as I continue reading GD I need to be on alert for this kind of "reasoning" so as to quickly dismiss it.
Posted by John Piippo at 4:40 PM